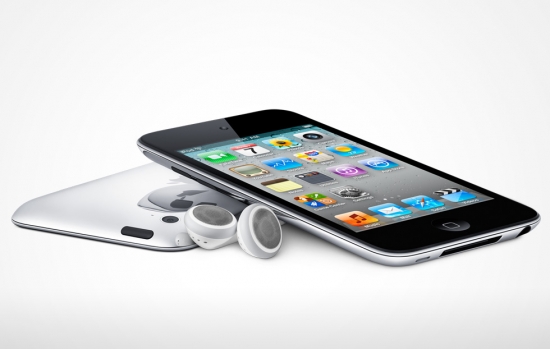 File this one under the Unlikely category. According to an otherwise pretty credible Japanese blog, citing “reliable Chinese sources”, Apple is working on a brand new mobile device featuring a five-inch Retina display. Specifically, it should have a screen resolution of either 1,600-by-960 pixels or 1,280-by-960 pixels. The gizmo is said to be released some time in 2013.

This sounds a lot like a blown-up iPod touch of sorts, which in its current incarnation incorporates a 3.5-inch Retina display with a 640-by-960 pixel resolution. Apple isn’t the one to follow market trends – it dictates them instead.

That being said, however, surely club Cupertino must have been paying attention to the five million shipment milestone of Samsung’s Galaxy Note phablet…

According to the machine-translated Macotakara article (Google translation):

Maybe it’s that iPad mini we’ve been hearing about or perhaps Apple is developing a brand new product aimed squarely at the portable gaming market. Yes, I’m looking at you, Sony and Nintendo.

Conveniently, that’s where the Foxconn-Sharp deal could prove handy as Apple is thought to be very much interested in Sharp’s Indium Gallium Zinc Oxide (IGZO) display technology.

The benefits of IGZO panels over the traditional LCD screens include sharp colors, lower power consumption and pixel densities of as high as 330ppi – enough to justify the Apple-coined Retina moniker.

Not sure about you, but I for change would love to be able to enjoy graphics-intensive games on something akin to an oversized iPod touch.

Is Apple spreading itself thin here? Is a five-inch Retina device atypical of Apple’s otherwise compact product matrix? And while we’re at it, what about platform fragmentation? Meet us in comments.