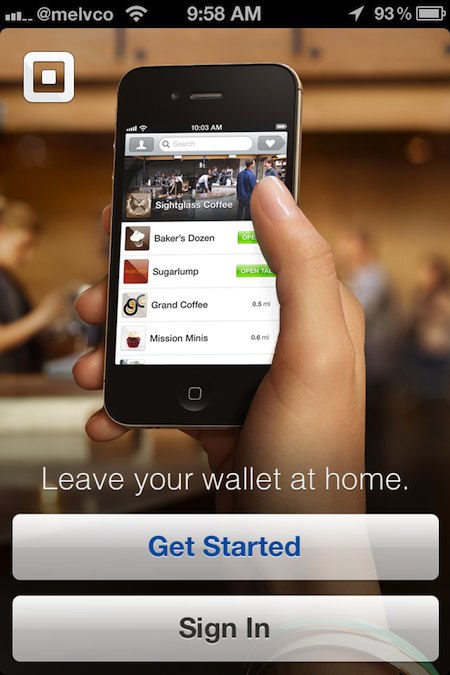 NFC (near field communications) technology has been a rumored “upcoming” iPhone feature for quite some time now. It was supposed to turn up in last year’s model (obviously it didn’t). And of course it’s expected in this year’s release.

What’s the big deal? Well NFC is the backbone of many mobile payment systems. And everyone is waiting for Apple to enter that space. But why wait for NFC, when you can pay wirelessly with your iPhone right now using Square?

You might recognize Square as the company who makes those tiny square-shaped credit card readers that, in conjunction with iOS hardware, are replacing bulky cash registers one by one. But this doesn’t have anything to do with that.

Square also makes a wireless payment app that allows you to pay for goods and services (where accepted) by simply saying your name. The app, which was originally called Card Case, received a major update last night and is now ‘Pay With Square.’ 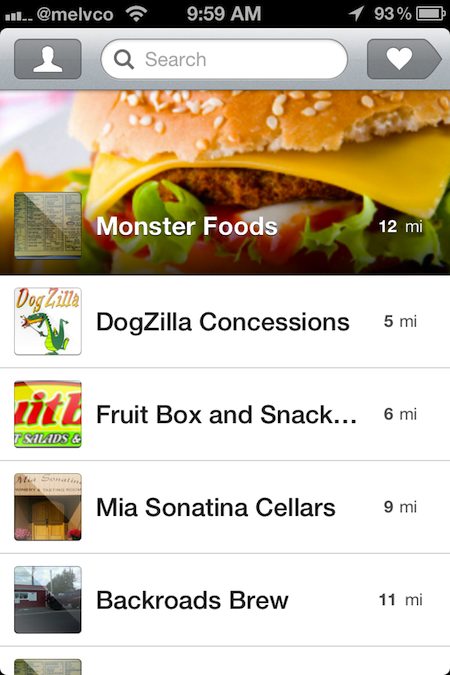 Mobile payments don’t get much easier than this. Once you’ve downloaded the app, simply create a Square account and attach it to an active credit or debit card. Without having to click through any menus, the software shows you all of the businesses in your area that accept Square as a method of payment. Now all that’s left to do is try it.

I had the opportunity to check this out for myself at a coffee shop this morning, and I must say it’s exactly as MG Seigler described it: Magic. All I did was give the cashier my name, and I was quickly on my way out the door, digital receipt in hand.

The only obstacle I see for this payment service is adoption. I would say that I live in a medium-sized city and there are only a handful of businesses within 5 miles that accept Square payments (although there are many more within 40 miles).

But unless you live in a tiny town (population 500 or something), I highly recommend you download the Pay With Square app and see if there are any compatible businesses in your area. It’s completely free, and worth trying out at least once.

Have you tried paying with Square yet?