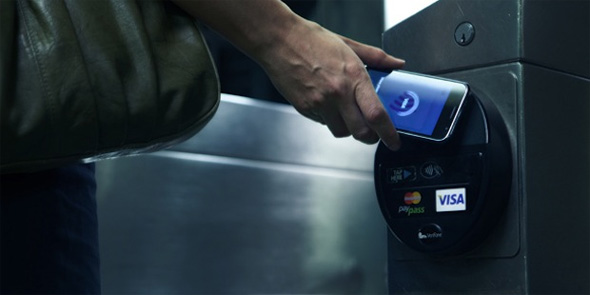 In the months leading up to Apple’s Fall iPhone announcement last year, we heard dozens of rumors that never materialized. Obviously the big one was that the handset was going to feature a major hardware redesign, but there were others.

NFC (Near Field Communications) compatibility is another rumor that never panned out. The iPhone 4S launched without any sign of NFC chipsets. But that doesn’t mean that the next iPhone won’t feature the technology…

Yes, the iPhone mobile payment rumor is back thanks to the recent comments from Ed McLaughlin, MasterCard’s head of mobile payment solutions. During an interview with Fast Company, McLaughlin was asked if Apple was one of his company’s future NFC partners.

“The timeline is always as rapid as it makes sense for consumers.” he says. “That’s a combination of having a critical mass of the merchants, which is what you’re seeing right now, and getting devices into the hands of consumers. I don’t know of a handset manufacturer that isn’t in process of making sure their stuff is PayPass ready.”

So that would include Apple then?

“Um, there are…like I say, [I don’t know of] any handset maker out there,” McLaughlin says. “Now, when we have discussions with our partners, and they ask us not to disclose them, we don’t.”

However, if Apple is working on something in the mobile payment field, it certainly has the size and influence to change the landscape. With more than 200 million iTunes accounts linked to bank accounts, Apple already has a lot of the necessary pieces in place for a mobile payment system.

The question is: if you could pay for gas or food with your iPhone linked to your iTunes account, would you?