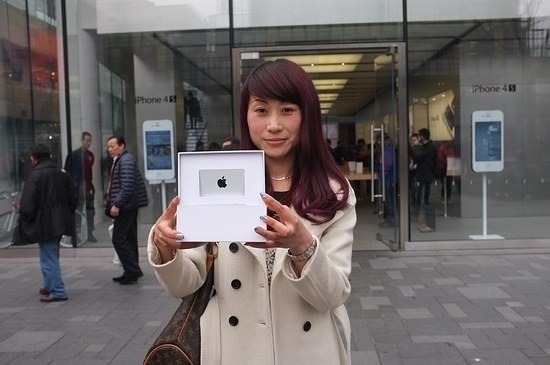 Earlier this month, Apple’s 25 billion app countdown contest came to an end. The winner, a Ms. Fu Chunli, was awarded a $10,000 iTunes gift card for downloading the 25 billionth app from the App Store — Where’s My Water.

Up until now, not much was known about the China native. But that quickly changed this morning with a report from M.I.C. Gadget, which gives an in-depth look at the contest winner and how her life has changed in the last 20 days…

“Fu Chunli was not a big fan of Apple, and had only purchased her iPhone for about one month, still learning how to use the App Store. She didn’t know anything about the competition until she was contacted by Apple. When she received a call from staff at Apple (China), she thought it was a hoax. She was still confused when a friend told her that she received a prize from Apple, but did not believe her luck until she saw an email from Apple Inc.”

Wow. She had barely had her iPhone for 30 days when she won. And she didn’t even know that a contest was going on. How lucky can you get?

Chunli’s good fortune didn’t stop at the $10,000 gift card. The woman was also flown to Bejing to visit Apple’s Chinese headquarters, and attended an award ceremony in her honor at the company’s nearby Sanlitun retail location.

As MacRumors points out, this charade certainly can’t hurt Apple’s recent efforts to raise brand awareness in China. The company has already partnered with two new major Chinese carriers this year. And word has it that Tim Cook was in the country today looking for a third. Interesting.