Now that Apple has finally ventured into 4G territory with the new iPad, it’s inevitable that the next iPhone will follow suit, right? If the latest rumors hold any weight, it sure would seem that way.

While we think it’s a no brainer that we’ll see 4G LTE in the next iPhone, we’ve received a tip that makes us feel a lot better about the possibility.

The following information definitely confirms that Apple is working on a 4G capable iPhone. This new evidence, along with the successful launch of the new iPad, makes us feel 99.999% sure that the new iPhone will feature 4G capability. Full details inside…

These particular strings are new to iOS 5.1. We have confirmed that they do not reside on iOS 5.0.1.

The screenshots we received indicate 4G connectivity. Needless to say we were initially skeptical, because after all, the new iPad has 4G LTE, which would explain the presence of text strings like the following: 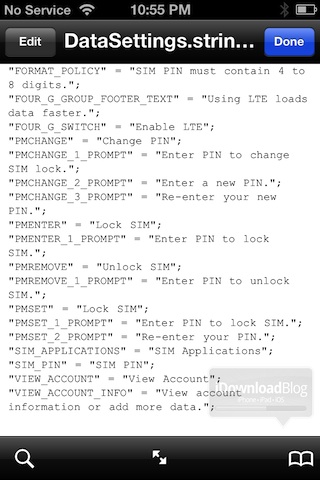 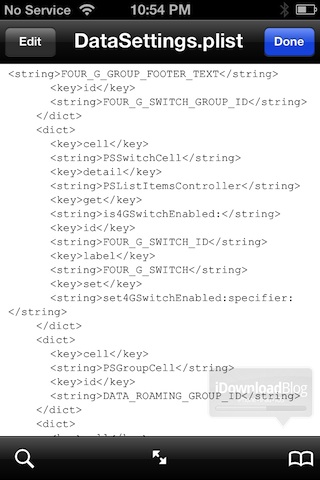 These files can be found within the following directory:

For example, here is a screenshot of our Verizon LTE equipped iPad. Notice the exact same wording from the text strings above:

Okay, so this is nothing to get excited about, right? These text strings are there because the new iPad uses those settings in the Cellular Data panel in the Settings app.

Not so fast. While it’s true that these settings are found on LTE equipped iPads, the rabbit hole goes a bit deeper. Our tipster provided us with further, more convincing evidence of an upcoming 4G capable phone device.

Notice some of the text strings contained within: 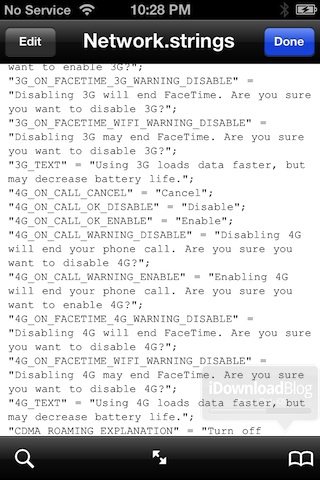 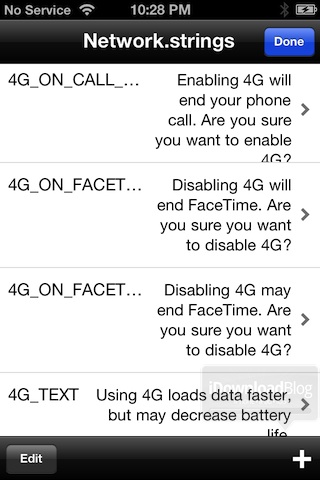 This file can be found here:

These strings go beyond the ambiguous ones contained in the initial screenshots. These strings are definitely indicative of 4G presence on a phone device. Notice 4G_ON_CALL_OK_ENABLE, 4G_ON_FACETIME_4G_WARNING_DISABLE, and “Disabling 4G will end your phone call. Are you sure you want to disable 4G?”

Not only will we be seeing 4G capabilities on future iPhones, but there’s also the possibility that we could see FaceTime finally make itself available (officially) over cellular connections. Considering that 4G connectivity is much more akin to Wi-Fi connections when compared to 3G, we’d say Apple would be more on board than they were with 3G. The final decision likely rests with the carriers, as evident from the lack of 4G FaceTime support on the new iPad.

Now compare the above screenshots and data with screenshots of the same file from my iPhone 4S running iOS 5.0.1. As you can clearly see, those strings don’t exist on the older 5.0.1 firmware. 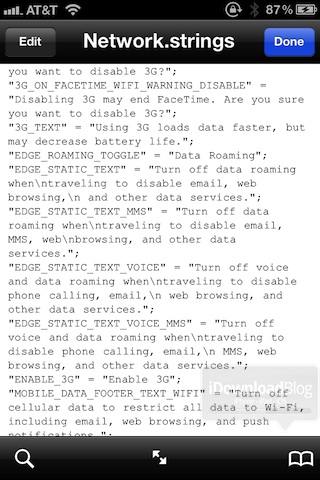 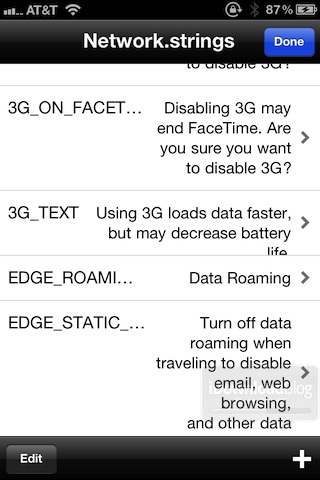 This file can be found here:

This is pretty convincing. In fact, we’d be downright shocked if the next iPhone didn’t include 4G LTE connectivity.

Look at the evidence: the new iPad successfully launched with 4G LTE to much praise. AT&T is continuing to flesh out its LTE Network. More and more rumors are stating that Apple is investigating 4G LTE chipsets for the next iPhone. And now this.

Save your pennies ladies and gentlemen; Apple’s next iPhone is leaving the cellular network technology that it’s been using ever since the iPhone 3G’s debut way back in July of 2008.

This is extremely good news for iPhone users, because as we’ve demonstrated, 4G LTE is lightyears ahead of 3G from a speed perspective.

Are you excited about this news?

Special thanks to our tipster, Krishna Sagar, who tipped us exclusively. He’s an amateur hacker from India and happens to be the developer of Cydia tweaks like Jailbreak FAQ for Siri, Awesome Facts for Siri, IP Tracker, and more.