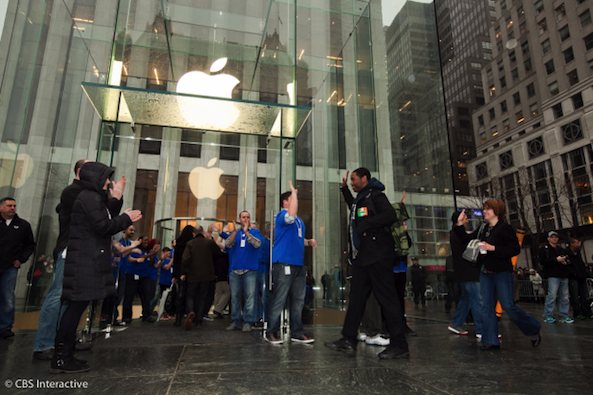 Apple’s new iPad may have been released on Friday, but the company is already crowing about its sales performances.

New CEO Tim Cook was asked about the new iPad’s sales results during the conference call the company just held to explain what it is doing with that $100 billion war chest, and the answer was a simple one: Apple is “thrilled” by the iPad’s performance.

Cook also went on saying that the new iPad had produced a “record weekend” although he did not elaborate on that comment. For all we know, he could mean the new iPad holds the record for most pixels, or shiniest box…

All cynicism aside, it is clear that Apple’s new tablet has sold by the truck load, and those sales show no signs of slowing. Stock shortages are already being felt in most countries and those who do have a new iPad in-hand are reportedly very happy with them.

We shouldn’t be too surprised if the new iPad had sold more during its first weekend than its predecessors, though. The third generation tablet launched in many countries simultaneously last Friday, whereas previous launches saw a staggered approach.

But who are we to stand in the way of a good record?