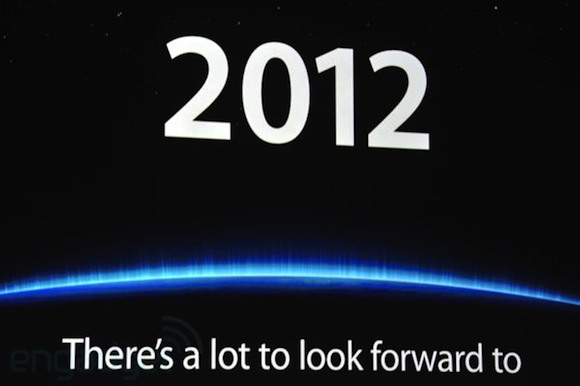 As expected, Apple held a conference call this morning to discuss plans regarding its stockpile of cash. Although investor relations and iPad numbers were the highlights of the call, Tim Cook did make another interesting announcement.

When asked about Apple’s growth outlook — now that it’s going to spend $10 billion dollars repurchasing stock, investors want to know how it’s going to make that money back — Cook said that Apple’s “pipeline is full of stuff…”

The question, more specifically, was regarding a comment the CEO made at the end of Apple’s March 7th iPad event, which was something along the lines of “you haven’t seen anything yet.” Here’s Cook’s full response:

“We had an incredible growth last quarter, it was 73%, despite the base that it’s growing upon being very large. So I think the growth speaks for itself. And let me tell you, I am extremely confident in our future. The pipeline is full of stuff. And I think our customers are going to be incredibly pleased with what they see coming out.”

So you have to wonder what the Cupertino company has up its sleeve for 2012. Cook couldn’t possibly just be referring to Mac and iPhone upgrades when he says that Apple has a lot of exciting new products coming out this year. Could he?

One thing is for certain. Apple has the money to make almost anything happen. The next 12 months are going to be rather interesting.

What new products do you think we’ll see?