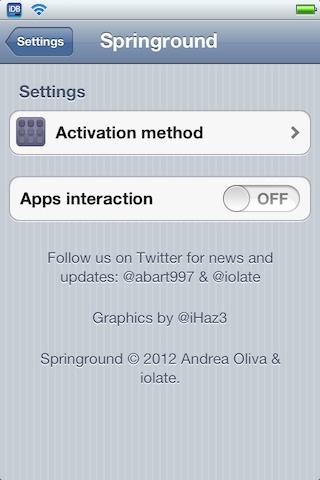 Springround is an upcoming jailbreak tweak that will allow you to access your iPhone’s Home screen app icons from anywhere.

In order to accomplish this feat, the developers of Springround employed the trusty Activator, which allows it to be invoked inside any app.

Besides the Activator action configuration, Springround features on additional setting that allows you to interact with an app in the background while your app icons are on screen. For instance, I was able to browse the web in the background, while also swiping from left to right as I navigated through my installed apps.

Springround has yet to be released, but expect it to touch down later this week on Cydia’s BigBoss repo for $0.99.