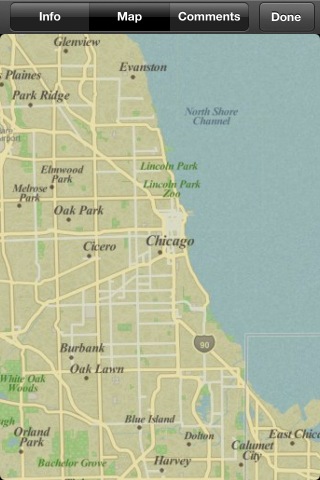 Earlier today, Apple unveiled a new iPhoto application for iOS during its iPad 3 event. The app is essentially a mobile version of its popular photo editing and management software for the Mac.

While we’ve already outlined most of iPhoto’s components, a new discovery has been made regarding one of its features. It appears that the app doesn’t use Google Maps for any of its GPS-related tasks…

As noted by 9to5Mac, iPhoto uses a new mapping service in place of Google’s for its geotagging feature. And since the service isn’t accredited to anyone, it’s almost certainly coming directly from Apple.

Why is this so significant? Well, Apple has purchased a handful of mapping companies over the past few years, including Placebase and C3 technologies. But we have yet to see their work integrated into any of Apple’s products.

This could be the company’s first big step in separating itself from Google. As most of you know, there is growing tension between the two tech giants due to a mixture of competition and lawsuits involving Google’s Android OS.

This may not look like much at the moment, but it could very well be the start of something major.