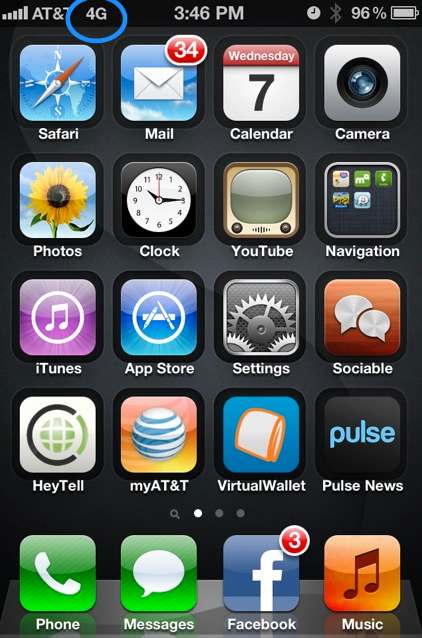 If you’re not worried about your jailbreak, we’re assuming you’ve already installed the iOS 5.1 update that was just released this afternoon. iOS 5.1 adds some great features like Siri support for Japanese users, a new camera app for iPad, and a new camera shortcut.

The new update also adds a 4G indicator to the AT&T version of the iPhone 4S. While it doesn’t truly support 4G, AT&T can call the iPhone 4S a 4G device because it supports HSPA+ networks up to 16 megabits per second…

AT&T is currently the only carrier displaying the 4G indicator. The Verizon and Sprint versions of the iPhone 4S doesn’t include the 4G indicator in the latest 5.1 update.

The iPhone 4S doesn’t include a 4G chip, but AT&T most likely included the 4G indicator for marketing reasons. The new iPad due out March 17th does feature 4G LTE on both AT&T and Verizon’s network, however.

While the 4G indicator is certainly nice, it’s in no way inductive of 4G speeds.