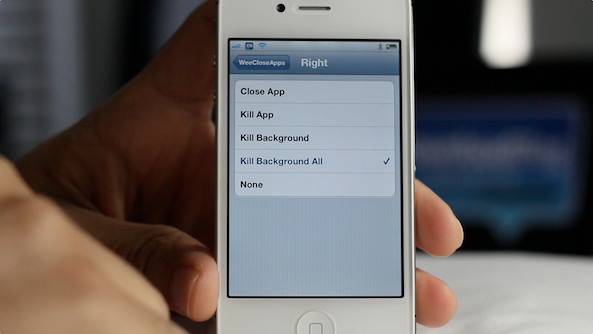 WeeCloseApps is a jailbreak widget that resides in Notification Center. Its purpose is built solely around closing and killing both running apps and backgrounded apps.

This tweak is basically the free version of another tweak called ‘ActionSlider’, which we will be covering for your shortly.

Once installed, a slider bar resides in Notification Center, and a slide to the left or to the right yields different actions depending on how you configure the tweak in the Settings app.

Have a look at our video demonstration of WeeCloseApps straight ahead…

You can find WeeCloseApps on Cydia’s BigBoss repo. Do you think it would prove useful in your daily workflow? Let us know what you think about this tweak in the comment section below.