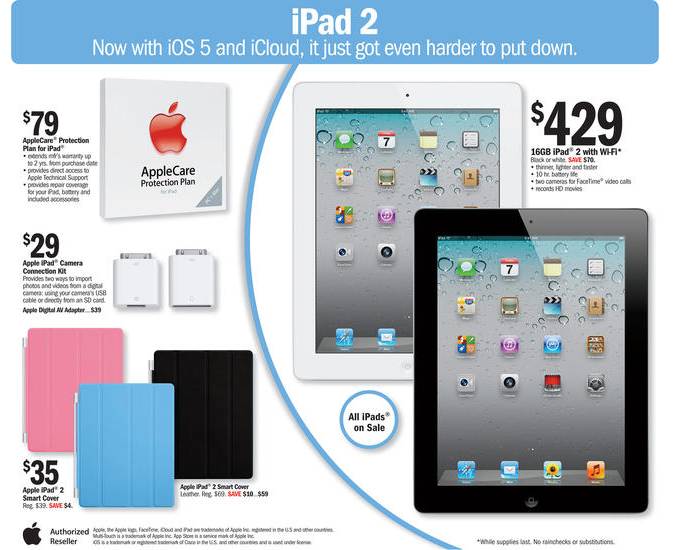 $70 off of the iPad 2 is certainly a pretty good deal. Best Buy and other retailers are known for only taking roughly $45 off, and Apple only took $41 off during its Black Friday sale. Granted, with the iPad 3 approaching you might think twice before purchasing an iPad 2.

The iPad 3 is rumored to be announced during the first week of March, with a launch shortly after. It’s rumored to rock a Retina display, larger battery, and A6 processor.