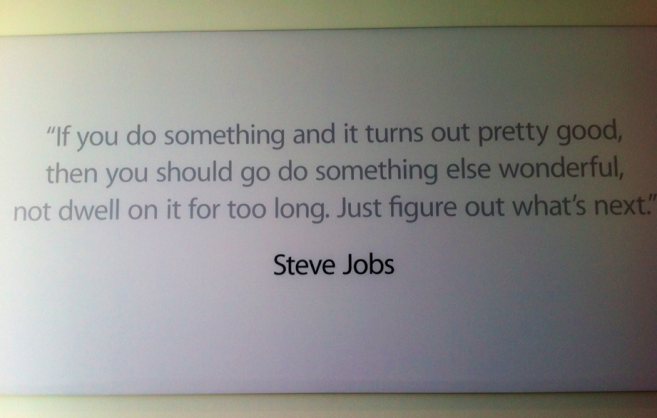 Apple is still coming to terms with the loss of its charismatic co-founder and former CEO Steve Jobs, and probably will be for some time. While there is no doubting new CEO Tim Cook’s abilities to run a tight ship, he’ll possibly be the first to admit that there will only ever be one Steve Jobs.

The company remembers Jobs throughout the halls of its 1 Infinite Loop campus, with photos of the man who saved Apple back in the 90s placed on the walls of Apple’s HQ. Quotes are also seen attached to corridor walls, with some of Jobs’ famous pearls of wisdom there to help motivate the Apple team even from beyond the grave.

Now 9to5 Mac has been given photographs of some of the photos and quotes that can be found inside Apple’s offices, with at least one of them taking employees back to the days of the original Macintosh… 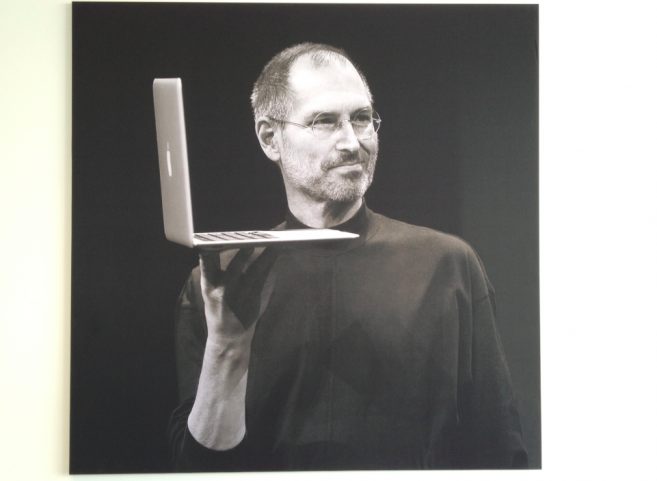 The quote photographed is actually one that new Apple CEO Tim Cook also recited when holding court at an Apple remembrance service for Steve Jobs late last year, and just shows the drive Jobs had when trying to come up with awesome products time after time.

“I think if you do something and it turns out pretty good, then you should go do something else wonderful, not dwell on it for too long. Just figure out what’s next.” 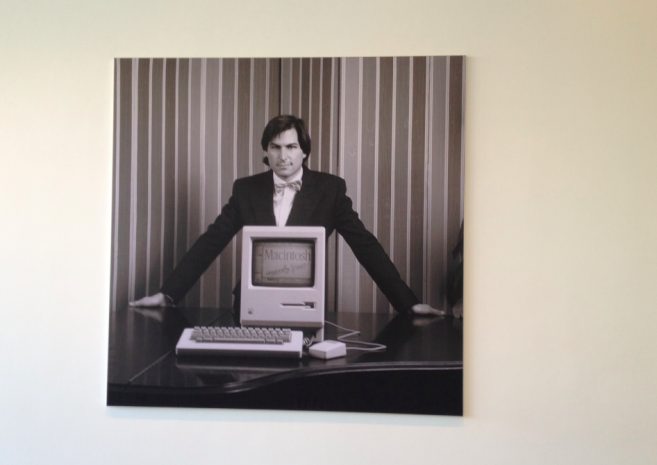 Photographs inside the Cupertino campus show Jobs during famous periods of his Apple tenure. One shows the then CEO leaning on an original Macintosh, while another has Jobs holding up an “impossibly thin” MacBook Air.