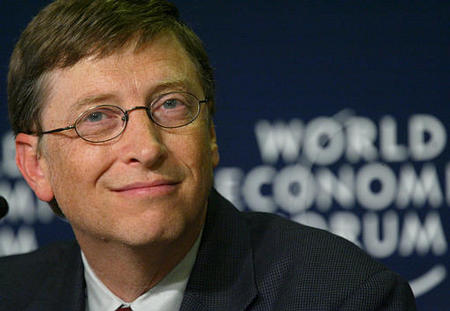 Bill Gates has told how he sent Steve Jobs a personal letter before his death, and explained how the pair’s complicated relationship worked.

During an interview with The Telegraph, the former Microsoft CEO spoke about Jobs and the relationship between the two during the Macintosh days and how the two became competitors after initially working on the same project.

When telling The Telegraph of the letter he sent to Jobs, Gates said:

“I told Steve about how he should feel great about what he had done and the company he had built. I wrote about his kids, whom I had got to know…There was no peace to make. We were not at war. We made great products, and competition was always a positive thing. There was no [cause for] forgiveness.”

Following the death of Steve Jobs, the Apple co-founder’s wife apparently called Gates to explain that the impending Walter Isaacson biography did not fully reflect the “mutual respect” the two tech giants had for each other.

During the lengthy interview, Gates also spoke of the “genius” that was Steve Jobs, though he also admitted that it was not unusual for the Apple man to pick fault with Gates and his work.

“Steve was an incredible genius who contributed immensely to the field I was in. We had periods, like the early Macintosh, when we had more people working on it than they did. And then we were competitors. The personal computers I worked on had a vastly higher [market] share than Apple until really the last five or six years, where Steve’s very good work on the Mac and on iPhones and iPads did extremely well. It’s quite an achievement, and we enjoyed each [other’s work]….He spent a lot of his time competing with me. There are lots of times when Steve said [critical] things about me. If you took the more harsh examples, you could get quite a litany.

The whole interview is an interesting one, and one well worth reading for anyone interested in the special relationship that Jobs and Gates clearly shared.