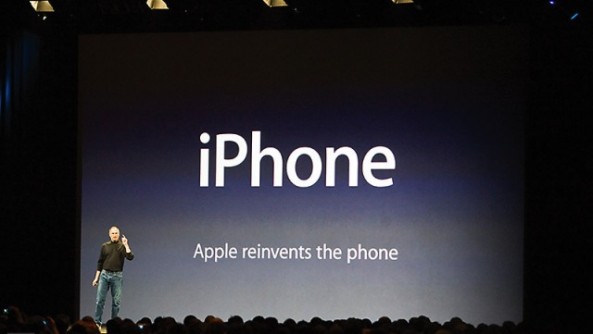 Adam Lashinsky’s new book Inside Apple, which was released earlier this week, is full of juicy stories from Apple’s past. Pieces of the book have been popping up on the web over the past two weeks.

The latest excerpt we’ve come across, courtesy of our friends over at Cult of Mac, provides some insight on the details surrounding Apple’s “acquisition” of the iPhone trademark from Cisco Systems…

As most of you probably already knew, when Apple announced the iPhone back in 2007, Cisco already owned the trademark. The company, famous for networking solutions and wireless routers, had an internet-based handset of the same name.

So how did Apple earn the right to use the iPhone moniker? Lashinsky explains:

“[Cisco executive] Charles Giancarlo fielded a call directly from Steve Jobs. “Steve called in and said that he wanted it,” Giancarlo recalled. “He didn’t offer us anything for it. It was just like a promise he’d be our best friend. And we said, ‘No, we’re planning on using it.’ “Shortly after that, Apple’s legal department called to say they thought Cisco had “abandoned the brand,” meaning that in Apple’s legal opinion Cisco hadn’t adequately defended its intellectual property rights by promoting the name. To Apple’s way of thinking this meant the name iPhone was available for Apple’s use. Giancarlo, who subsequently joined the prominent Silicon Valley private-equity firm Silver Lake partners, said Cisco threatened litigation before the launch. Then, the day after Apple announced its iPhone, Cisco filed suit.

The negotiation displayed some classic Steve Jobs negotiating tactics. Giancarlo said Jobs called him at home at dinnertime on Valentine’s Day, as the two sides were haggling. Jobs talked for a while, Giancarlo related. “And then he said to me, ‘Can you get email at home?'” Giancarlo was taken aback. This was 2007, after all, when broadband Internet was ubiquitous in homes in the US, let alone that of a Silicon Valley executive who had worked for years on advanced Internet technology. “And he’s asking me if I’m able to get email at home. You know he’s just trying to press my buttons—in the nicest possible way.” Cisco gave up the fight shortly after that. The two sides reached a vague agreement to cooperate on areas of mutual interest.”

Wow. For more interesting first-hand accounts like the one above, you can grab Lashinsky’s Inside Apple from the iBook Store for $12.99.

What’s your take on the story?