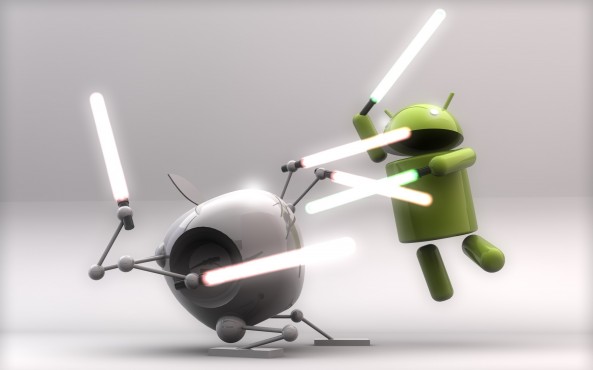 Apple yesterday announced its sales numbers for the latest quarter, and what results they were. 37 million iPhones sold is not a number to be sniffed at, and it’s one that was enough to see Apple overtake Samsung once more as the top dog in smartphone sales.

According to research firm Kantar Worldpanel ComTech via Reuters, Apple’s strong iPhone 4S sales saw the company’s marketshare double to 44.9% during the last couple of months of 2011. Conversely, Android saw its own marketshare drop to 44.8%.

While far from a large margin, it is an astonishing result considering the sheer number of different handsets out there that use Google’s Android smartphone operating system. Apple’s iOS is only available on three – the iPhone 4S, iPhone 4 and iPhone 3GS.

“Apple has continued its strong sales run in the U.S., UK and Australia over the Christmas period. Overall, Apple sales are now growing at a faster rate than Android across the nine countries we cover.”

Apple’s iPhones are currently slipping out of stores at a rate of nearly 378,000 per day worldwide. That’s more iPhones sold than babies born.

That’s a lot of iPhones.