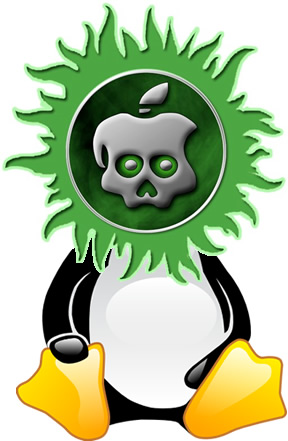 Version 0.3 of the Absinthe iPhone 4S and iPad 2 untethered jailbreak utility was released a moment ago by the Chronic Dev Team, and with it comes support for Linux.

If you’re already jailbroken with v0.2, there is no need to attempt to reapply the jailbreak with the latest version, because there’s nothing really new besides a few cosmetic changes and a fix for a rare bug that most won’t encounter.

Since people ask: #Absinthe 0.3 only has some cosmetic changes, and a potential bug fix for win32 (only really few people seem affected)

Besides, if you tried to reapply the jailbreak, it would simply refuse since the app detects whether or not the device is already jailbroken.

For Linux users, this is very good news. Historically, Chronic Dev has been one of the few jailbreak developers to support the “3rd” operating system. Head over to our downloads page in order to download version 0.3 of Absinthe. There are also downloads for OS X and Windows, but again, these should be used for new jailbreaks only.

Are you a Linux user? Are you happy to see support for the A5 jailbreak come to your platform?