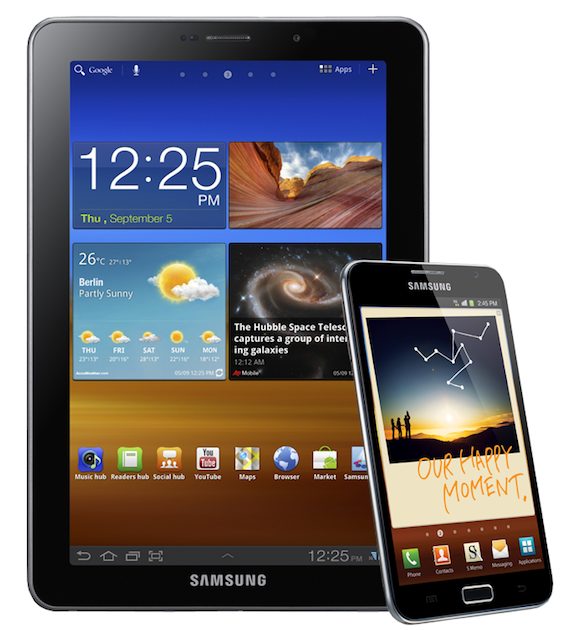 It’s been nearly a year now since Apple filed its original patent infringement suit against Samsung, and the battle is still far from over. In fact, Apple has just filed a new set of lawsuits against the Korean manufacturer.

Bloomberg is reporting that Apple has just filed two new design-related lawsuits against Samsung in Germany’s Dusseldorf Regional Court. The suits call out several Samsung products including 10 smartphones, and 5 tablets…

As you may recall, Apple has already won an injunction against Samsung’s Galaxy Tab 10.1 tablet in Germany. Samsung has appealed the ban and is currently awaiting a decision from the court, which should fall in the next two weeks.

The new lawsuits, however, go beyond Samsung’s tablets. Apple believes that 10 of Samsung’s smartphones are also infringing upon at least two of its European Union-wide design rights.

As FOSSPatents points out, these design-related lawsuits are different than the previous technical-related ones that Apple has filed against Samsung. With technical-related suits, the end-game is fairly obvious: the infringing party either changes the product to remove the infringing components, or some type of licensing agreement is reached. But in design-related lawsuits, the end-game is not so clear. It appears that Apple won’t be satisfied until Samsung makes some drastic design changes.

The worst part is that the actual trials for the above-mentioned lawsuits aren’t expected to take place until this Fall. Great, another year of the top two smartphone manufacturers in the world bickering.