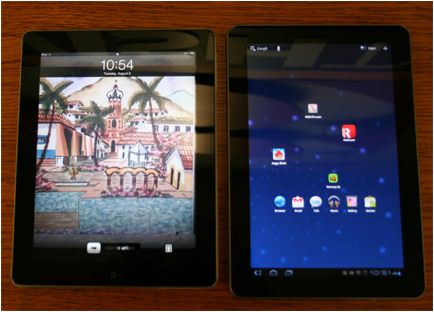 A little over a week ago, court documents surfaced regarding the ongoing patent war between Apple and Samsung. The two companies have been locked in courtroom battles all over the world since Apple filed its trademark infringement suit earlier this year.

Apple’s argument has been that Samsung’s products look extremely similar to its own devices, particularly its tablets. This was especially evident in the leaked court documents that included tips from Apple on how Samsung should’ve made its Galaxy Tab.

Here’s a reminder of what Apple’s recommendations were for Samsung’s slate:

The folks over at Gizmodo found this list so interesting that they decided to create a mockup of what a tablet would look like if its design followed the above guidelines. 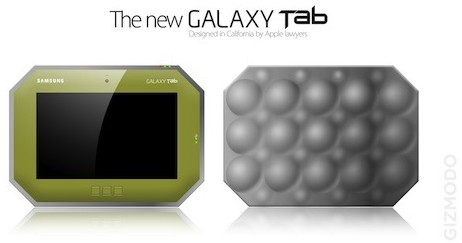 Yeah, it’s pretty hideous. Why in the world would Apple’s lawyers think that a top manufacturer would produce such garbage?

Of course, Samsung has maintained that Apple’s iPad design is the natural evolution of the tablet PC. The company also argues that there is tons of evidence of prior art (pre-existing designs) to Apple’s tablet.

While Apple was successful in its lawsuit endeavors early on, it has run into a couple of road blocks over the past few weeks. Injunctions against the Korean company have been overturned in both Europe and Australia. Perhaps the courts aren’t buying Apple’s copycat claims anymore.