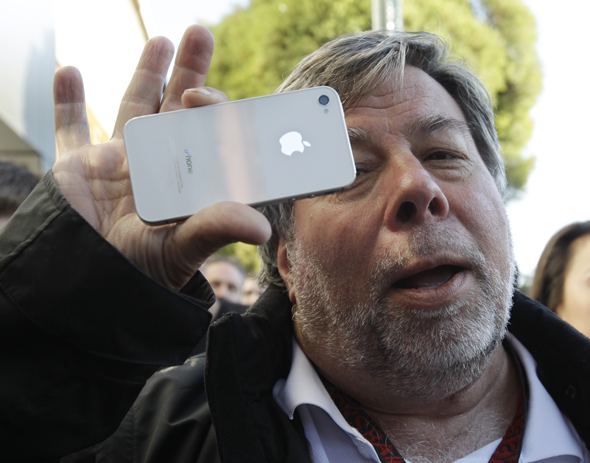 Apple co-founder and former engineer Steve Wozniak is well known for being openly opinionated. He’s gone on record with his thoughts on a number of Apple-related topics including the white iPhone 4 and his former partner, Steve Jobs.

Over the weekend, The Daily Beast published a report with some of Steve Woz’s latest chatter. The Woz sounded off about the battery life of the iPhone 4S, his gripes with Siri, and why he thinks Android is better than iOS in a couple of areas…

First, Steve’s thoughts on the battery life of his iPhone 4S:

“With the iPhone, something happened with the new OS or the new phone, and it just started running through the battery so fast. I’ve had a lot of issues with things I have to turn off just to save the battery life.”

We have to agree with him here. iOS 5 has been plagued with battery performance issues since it was released late last year. And the sad thing is, it doesn’t look like it’s going to be fixed anytime soon.

The Woz also has beef with the way Siri performs:

“I have a lower success rate with Siri than I do with the voice built into the Android, and that bothers me. I’ll be saying, over and over again in my car, “Call the Lark Creek Steak House,” and I can’t get it done. Then I pick up my Android, say the same thing, and it’s done. On the 4S I can only do that when Siri can connect over the internet. But many times it can’t connect. I’ve never had Android come back and say, ‘I can’t connect over the internet. Plus I get navigation. Android is way ahead on that.”

Consumer reaction to Siri has been somewhat of a mixed bag, and it’s worth noting that Apple is still labeling the feature as beta. But we do have to agree with Steve on the navigation thing. Apple is way behind the competition when it comes to its Maps application, and the fact that it doesn’t yet have voice-read turn-by-turn directions is a bit ridiculous.

Steve admits that his main phone is an iPhone 4S, and he still thinks that Apple makes the best all-around handset. But he also uses an Android device on a daily basis.