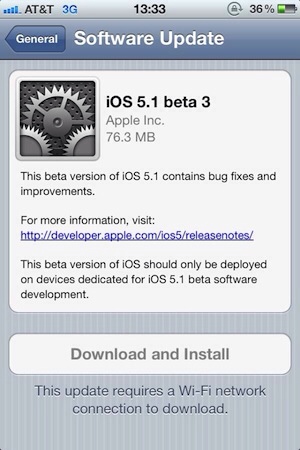 A week after the release of iOS 5.1 beta 3 the biggest question that seems to be getting asked repeatedly is one that we have become accustomed to ever since the release of iOS 5, back in October. Yes, you guessed it – is the battery life any better yet?

We have been talking about battery life in iOS quite a bit since the issue first reared its ugly head, and we’ve discovered that it isn’t just an iPhone 4S issue, but rather something Apple changed in iOS 5. Since then the company has issued a full update in iOS 5.0.1 and a series of iOS 5.1 betas, but has the latest improved things any? Can we expect to get back to iOS 4.x-levels of battery life?

Well, no, not really… 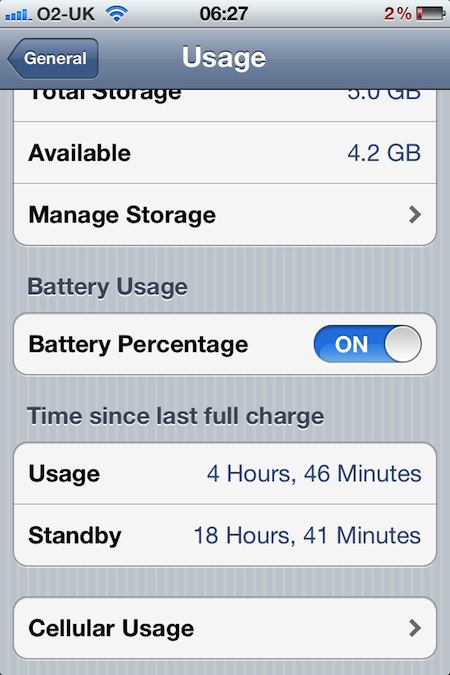 I’ve been using the beta 3 release of iOS 5.1 with my iPhone 4S for a week now, and in my testing at least, not much has changed by the way of battery life.

What I mean by that is that the iPhone still has its good and its bad days, just as it has since I started with these betas from iOS 5.0 and onwards.

Some days I find the handset still buzzing along nicely at the end of the day, with 20% or more left in the tank. Others, I’m hunting for a power cable by the time I get home from work.

At first I thought that the key differentiator here was the use of 3G or Wi-Fi, with the latter giving better results when it comes to battery longevity. That has recently been disproved, at least in my case. That said, there is clearly something going on from day to day that is causing an iPhone with the same usage patterns to vary wildly in its use of power.

At this point, iOS 5.1 in its third beta, I find myself wondering if this is as good as it is going to get. Has Apple thrown its dice as many times as it can, and we are going to just have to get used to where we are now – unpredictable battery drain?

There is also the unusual drain that occurs when the handset is idle. Last night, for example, I left my iPhone off-charge overnight with 25% of its battery remaining. I awoke this morning to a battery with just 2% left in it. A few emails had been received, but that is it. Where did the 23% go? Yes, I know these things aren’t always accurate, but that is a considerable drop for an idle handset by anyone’s measure.

While not causing any great headaches, it is an indisputable fact that my previous iPhone 4 would routinely last a couple of days on a full charge before iOS 5 began to drain a lot of power around the time Apple released the GM version of its new OS. After that, the issues began.

I’d love to know what Apple added during that release, but we’ll probably never know.

How is your battery life now the dust has settled on the iPhone 4S release?