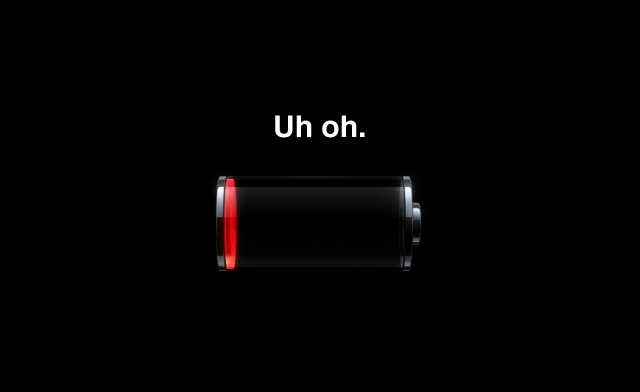 Despite selling iPhones like they’re going out of fashion, it’s not been all unicorns and rainbows for Apple’s big releases recently. Some of the company’s top software outings have suffered a bloody nose as of late, with iCloud and iOS experiencing more than a few hiccups.

Released alongside the iPhone 4S, iOS 5 has taken an aging mobile operating system and added some much needed bells and whistles. The software also fixes some of the long-standing issues that iPhone owners have been complaining about for far too long.

One thing that iOS 5 has introduced is not entirely welcome, and that’s a very real battery life problem…

Not long after the release of iOS 5, many blogs, discussion forums, and chats in bars centered around an issue that a good percentage of iDevices running iOS 5 were running into. People were having worse battery performance than when they were running iOS 4. Since then, we’ve had possible fixes thrown at the wall, but so far, few have really stuck.

Apple even weighed in on the discussion by admitting that iOS 5 did posses some bugs that were causing an unusual battery drain, and that it was working to kill those bugs. When iOS 5.0.1 was seeded to testers and subsequently made public, we all assumed that the battery issue was no more.

We were wrong. Apple’s iOS 5.0.1 did not fix the vast majority of people’s problems, and even managed to give the battery drain issue to people that were not sufferers before.

Apple has now seeded a new beta to developers in the form of iOS 5.1. That’s a whole 0.9 better than the last release, so it must be good, right?

I’ve been using the beta for a few days now, and others with developer access have as well. The general consensus, a consensus borne out by my own testing, is that the battery issues we have been suffering since early October are still there. If anything, they might even be worse!

So, where does that leave us? I’ve heard reports from some people that performing a DFU restore and then using an iCloud backup to restore all data is a surefire way to improve battery life, so I’ve tried that. We’ll see how it goes.

People have also reported that they have had to perform an iCloud backup each time they update iOS to a new release, be that the 5.0.1 release or this new beta. Is something going wrong during the update process when not done as a DFU restore, perhaps? Maybe, but let’s wait and see how battery life fares this time around before getting excited.