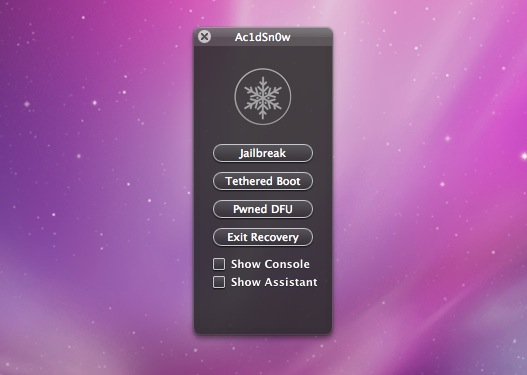 It’s been more than two weeks since the iOS 5.0.1 untether was released. Both the Dev Team and Chronic Dev Team released untether solutions using pod2g‘s handy work, but it doesn’t stop there.

Word has it that pod2g has been in contact with members of the Pwn Dev Team, the creators of the Ac1dsn0w jailbreak tool. And it looks like he has agreed to give them his exploit for their new software…

This tweet from imRel0ad, whose Twitter profile lists him as the vice leader of Pwn Dev Team, was sent out yesterday:

I just had a talk with @pod2g via email. Such a nice guy! He will share with us his iOS 5 untethered exploit. Ac1dsn0w untethered is coming!

For those who aren’t familiar with it, Ac1dsn0w is a Mac-only jailbreak utility that surfaced late last year. Its initial release was extremely controversial due to its use of copyrighted code and libraries, but those issues were fixed in a later update.

For what it’s worth, there hasn’t been any kind of advantage to using Ac1dsn0w over the other more formidable jailbreak tools. And we don’t see any more reasons in store for this release either. It’ll more than likely still be for A4 devices only.

And given Ac1dsn0w’s sketchy past, it’s probably not something we’ll be recommending.