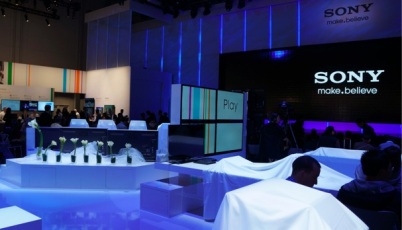 Spotify, Rdio, Rhapsody, and even iTunes itself could be set to get some new competition later this quarter, according to Venturebeat, with the news that Sony is set to join the already burgeoning music streaming market with a new iOS app in the works.

Sony’s “Music Unlimited” service offers music lovers a way to listen to tracks using a subscription model, with streaming music being the order of the day. The iOS app that is expected to be released during the next three months will support offline playback via caching, just as the competition does, negating the need for a constant internet connection.

The Music Unlimited service currently comes in two monthly flavors: a $3.99 basic option and a $9.99 premium one, with the latter offering unlimited playback and more advanced features…

“The electronics company will offer a free iPhone and iPad app for Music Unlimited at some point this quarter, Tim Schaaff, head of Sony Entertainment Network said today at a small CES media gathering. “

Currently, Music Unlimited is available for Sony smartphones, televisions, and the Playstation 3, with playback via a computer also available. Adding the iPhone and iPod touch to the collection would instantly open the service up to a massive potential audience, and one that Sony would be ill-advised to ignore.

You can say many things about Sony, but they know how to make money. Music Unlimited could potentially make a lot, especially with an iOS app.

Interesting times ahead in the music streaming space!