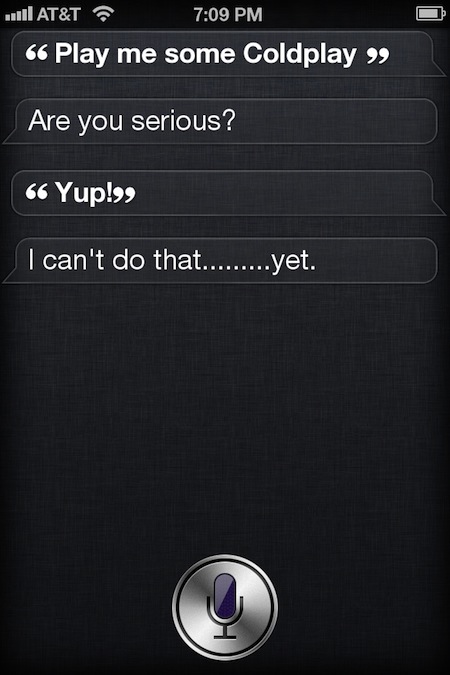 It looks like Spotify CEO Daniel Ek is a self proclaimed “Siri-holic” after the streaming outfit’s head man waxed lyrical about his love for Apple’s digital assistant.

But that’s not all. During an interview for Forbes, Ek gave a sneak peek at a potential new feature that could be on its way to the Spotify iPhone app at some point in the future. When asked about the possibility of voice activation coming to Spotify, Ek picked up his iPhone and requested a dose of Coldplay.

Naturally the handset obliged, though God only knows why Ek wanted to hear Coldplay at all. Regardless, the news that Spotify is working on voice recognition will come as a late Christmas present for fans of the streaming music service…

Does he plan on building a voice activated Spotify interface? He flashes a mischievous smile. “Play me some Coldplay,” he tells the phone. Its small speakers ring out with the opening piano chords of the band’s hit “The Scientist.” “We hacked into it a few weeks ago,” Ek says, with a satisfied nod. “I’m not an inventor. I just want to make things better.

Ek did not go into detail about what he meant by “hacked it”. Hopefully, whatever the Spotify team did will be something we can all take advantage of without having to take to jailbreak solutions.

We’re huge fans of Spotify here at iDB, and if Mr Ek needs any beta testers, he needs only look so far as our contact page!