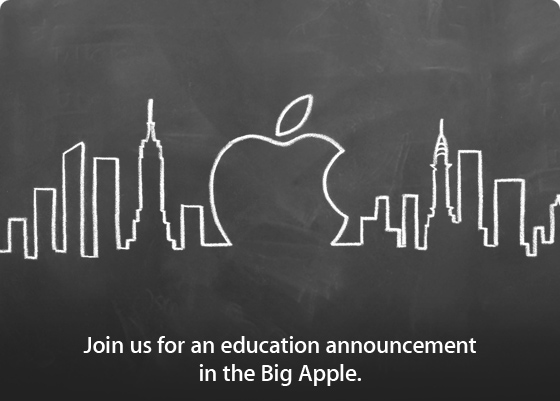 Apple has officially announced its upcoming media event for January 19th. The previously-rumored event will focus on education and take place at the Guggenheim Museum in New York City.

It was speculated that Apple’s January event would revolve around education and textbooks, but Apple has only said that the event will be an “education announcement.”

If you want to start speculating — of course you do — it’s worth noting that none of the big textbook publishers are working with iBooks and Apple’s iOS ecosystem in any significant way, though Apple and the publishers have had on-and-off conversations for years. Perhaps some of that changes this month, or perhaps Apple pushes into education without working with the traditional players.

It seems that Apple could be set to introduce a subscription service for textbooks, but there are many possibilities for the 19th’s announcement. Stay tuned to iDB for breaking coverage.

What do you expect Apple to unveil next Thursday?