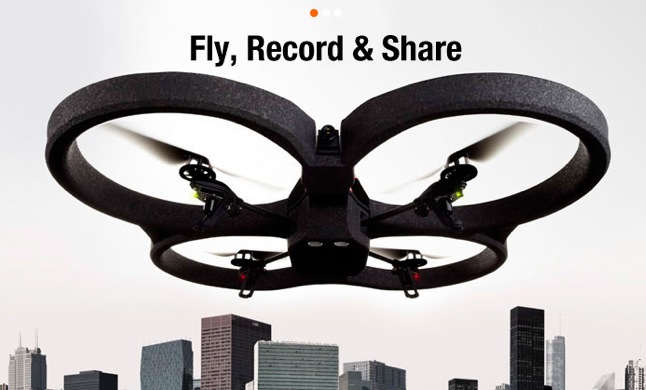 If you’re a gadget freak, then the Parrot AR.Drone 2.0 is going to blow your socks off, just like the first version did twelve months ago.

Shown off at this year’s Consumer Electronics Show, the AR.Drone 2.0 takes what was already a super cool and easy to fly iPhone-controlled quadricopter, and somehow manages to make it even more amazing. Featuring a new 720p HD camera and new flying aids, the 2.0 release of our favorite flying machine just took iPhone-related toys to the next level while keeping it just one step ahead of the competition.

Oh, and it now works with the iPad, too…

Beyond the inclusion of that new HD camera that is mounted to the helicopter’s nose, we think the biggest improvement is the inclusion of a pressure sensor, alongside a new compass which combined make the AR.Drone 2.0 even easier to fly than its predecessor. The compass especially means that forward is always the direction you think it is. If you’ve ever tried to fly a model helicopter, you’ll know what we mean!

The pressure sensor also mean that the Drone can now go even higher and still remain completely stable. We suspect the limiting factor for range will now likely be the strength of your Wi-Fi signal, which is pretty awesome in itself. Imagine flying above rooftops in a city and recording awesome 720p video at the same time, all using your iPad as your navigation device.

Worth every penny if you ask us!