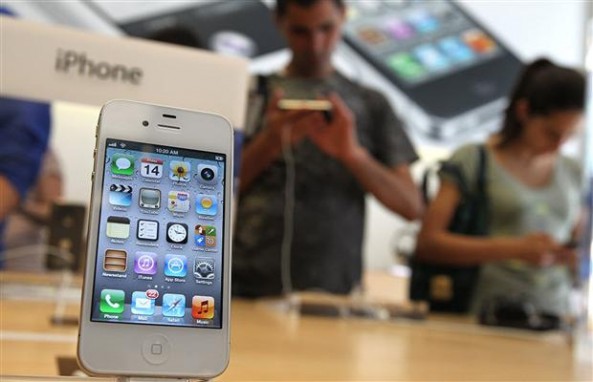 December was another great month for iPhone sales, according to research by Canaccord Genuity analyst Mike Walkley and his crack team of number crunchers, with all three major US carriers seeing the new iPhone 4S top their sales charts.

Two months after its initial release on Sprint, AT&T, and Verizon, the iPhone 4S is still the best-seller for all three of the carriers that offer the handset in the United States, with two Android phones helping make up the top three, the Samsung Galaxy S II and the newer Samsung Galaxy Nexus.

Less surprisingly, the top-selling tablet device in the United States was the iPad 2, with the cheaper Amazon Kindle Fire being its nearest competitor. We expect the tablet landscape to alter during 2012 however, with more Android and Windows 8 machines offering more competition for Apple’s device…

The chart above shows the best-selling devices on all three major carriers through the last 6 months, with Apple’s iPhones appearing at the top of the pile for every carrier it was available on, with the device becoming an instant hit with Sprint customers when the iPhone 4S was introduced in October.

Global sales are also said to be strong, with the recent release of the 4S in Brazil and Russia helping, and with the device set to be made available in China very soon, those sales numbers are only set to rise even further.

Everything considered, a pretty good few months for the iPhone!