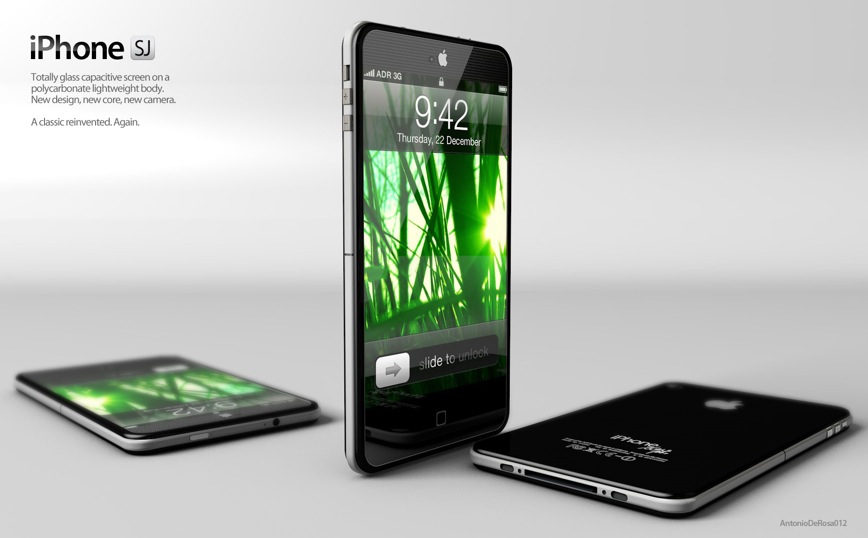 Antonio De Rosa has come up with yet another awesome iPhone concept, a handset he called the iPhone SJ because it was inspired by the late Steve Jobs.

Shown off in all its glory at De Rosa’s ADR Studio website, the concept takes the existing iPhone 4 and iPhone 4S body and reinvents it, creating a gorgeous concept that even Jony Ive himself would be pleased to call his own.

While the specs are not the biggest thing here, De Rosa speculates that the concept could come packed with a dual-core A6 chip and a 10 megapixel camera. That’s probably not too far from what we would expect Apple to put inside the iPhone 5…

The biggest feature of this concept has to be the full glass front panel which would pack a capacitive screen edge-to-edge. Built atop a lightweight polycarbonate body, that screen looks absolutely gorgeous in the renders and just makes us wish it was a real iPhone even more!

Apple is expected to bring the iPhone 5 to market later this year, possibly as late as October, should the company wish to stick to its new release cadence. After the iPhone 4S’s lack of a redesigned chassis, all bets are off as to what Apple has planned this time around.

Just a word of warning Apple: if the next iPhone does not look just like this concept, we’re all going to be very, very disappointed!