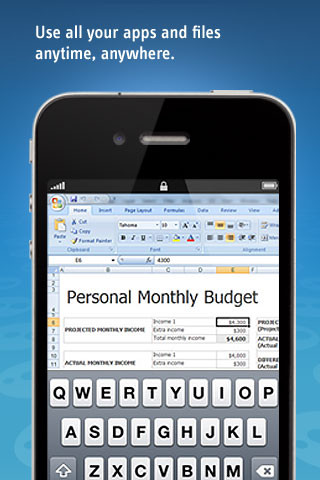 If you are the kind of person that finds yourself needing to access your computers from obscure, remote locations, then you are in for a spot of pre-Christmas luck. Especially if you like to be able to access said computers from your iOS devices.

LogMeIn Ignition, the beloved remote desktop app for the iPhone and iPad, has been released as a free app, now simply called LogMeIn. The app works as expected, and offers remote desktop functionality for those that need it.

But how will LogMeIn generate money, we hear you cry. Well, it’s technically gone freemium …

If you need a little more than the basics, then LogMeIn offers an in-app subscription system for $40/year. Your cash gets you some more advanced features, including HD video, sound streaming, file transferring, and a special cloud offering.

While the basic LogMeIn app will be more than adequate for most people, the subscription model offers a way or more advanced users to get the features they need, while still offering those of us with more meagre needs a way to get in on the remote desktop action, for free.

If you previously forked out the $30 for LogMeIn Ignition, then fear not. You’ll be given the premium, subscription version of the app for free. Get it now in the App Store.