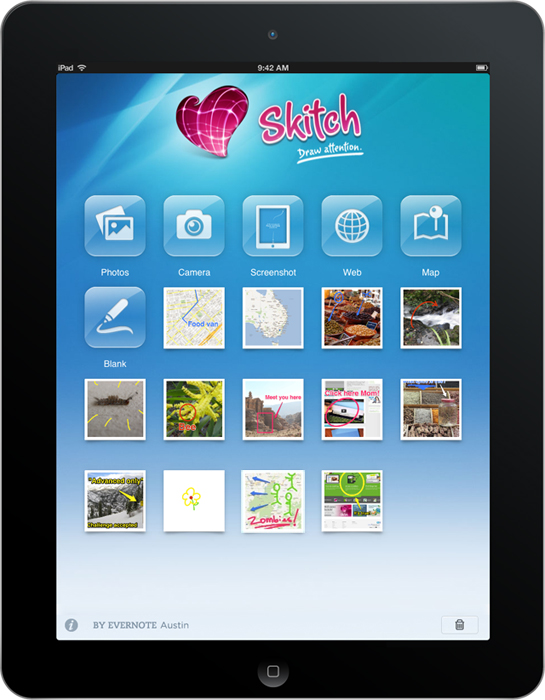 I used Skitch on my Mac about a year ago when it was really popular, but the image editing tool fell off my radar after I started using more robust apps, like Pixelmator. A lot has happened to Skitch in the past year. The app has actually been bought by Evernote.

Skitch has entered the iOS world today with an official iPad app. The tool lets you edit and annotate images on the iPad with your finger.

Skitch is the amazingly fun and surprisingly powerful way to move your ideas and projects forward using fewer words. With Skitch, annotate and draw on just about anything that you see, whether it’s a new or existing photo, a webpage, screenshot, map, or a blank canvas. Then, share your work with friends, colleagues or save it all to Evernote. It couldn’t be simpler.

The iPad app lets you import photos from your Camera Roll or take a new picture to edit. A neat feature is the app’s ability to recognize the most recent screenshot you took on your iPad and import it automatically into the app’s editor from the Screenshot option. Annotation is super easy on the iPad’s big screen. 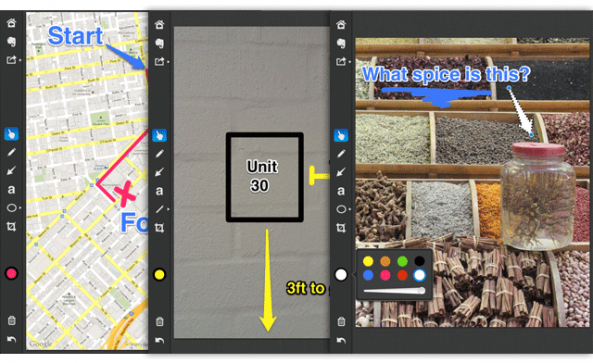 The app has a built-in web browser that lets you annotate webpages and share them with others. Another neat feature is the Map option. You can annotate a map on your iPad within Skitch. Finally, the app’s Blank option starts you with a blank canvas — perfect for some creative drawing.

You have plenty of drawing tools in Skitch for iPad, and you can save your creations to your Evernote account within the app. Images can also be shared on Twitter, through email, and over AirPlay to an Apple TV.

Overall, Skitch is a good, free app for editing images on the iPad. It’s not the most full-featured app out there, but it will do the job most of the time.

Evernote notes that an iPhone version of Skitch is on the way, but for now you can download the iPad-only version for free in the App Store.