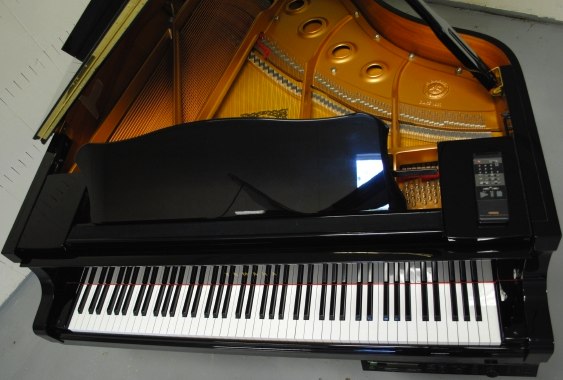 Since Apple unveiled the iPhone 4S back in October sporting the new Siri feature, the digital assistant has been the talk of the internet. We’ve seen Siri do everything from starting a car to changing channels on a TV set.

So what will the voice-controlled assistant take on next? Yamaha has the answer to that: play the piano. Folks at the world renowned electronics and instruments company have taught Siri to play the piano. Well, sort of…

Interested in the technology behind the Siri-player piano? Jim Dalrymple from The Loop breaks it down for us:

“Take a standard MIDI songfile and convert it to an audio file (while maintaing the MIDI data). The songfile is then sent wirelessly via WiFi to an Apple Airport Express (which is mounted underneath a Yamaha Disklavier reproducing piano. The audio output of the Airport Express is then connected to the analog MIDI inputs of the Disklavier, using a standard cable.

Then, you simply ask Siri to play your favorite song from your iTunes library, and Siri responds immediately, by making the Disklavier’s keys and pedal move up and down, recreating the performance, including full orchestration.

So there’s actually no hacking going on like with other Siri proxy projects. Most of the trickery is done with hardware here. And out of all of the things we’ve seen Siri do over the past couple of months, this has to be one of the coolest.