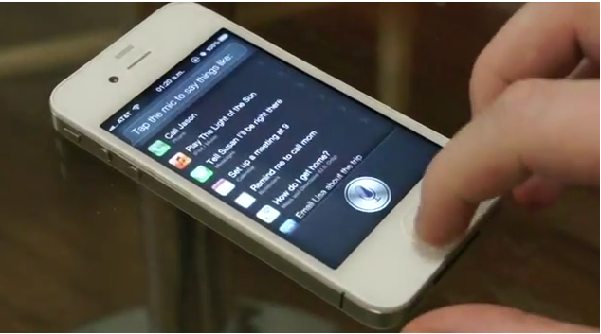 A few days ago we told you about one clever fellow who had found a way to create a ‘Siri proxy,’ allowing him to intercept Siri commands. This, in theory, makes Siri compatible with just about anything with an API, and the original proof of concept demonstrated Siri controlling a thermostat.

Now it seems that proof of concept has become something of an arms race, with likeminded individuals now making Siri connect with all manner of things, the latest being an automobile.

Using a Viper car system, an individual was able to instruct Siri to lock and unlock the car’s doors, as well as start and stop the engine. Super cool, indeed…

While the demo itself is something that will no doubt raise a smile, it is the other possibilities that the Siri proxy creates that really interest us.

With Siri now beginning to interact with real-world objects like cars, we can only imagine what it will be capable of if Apple open it up to developers.

Imagine a whole range of accessories that take advantage of Siri voice commands. Perhaps more pertinently, imagine a television with Siri support. With Steve Jobs reportedly working on the problem of the television being overly complicated, could Siri be linked into a television in the future? It is almost a given that Siri will come to the Mac at some point, but imagine being able to tell your oven what temperature to set.

It may be a cliche, but the possibilities are indeed endless.

Let’s hope Apple’s imagination is as good as ours, and that Siri does eventually become capable of doing more than setting reminders and alarms.

We could do without it becoming self-aware, though.