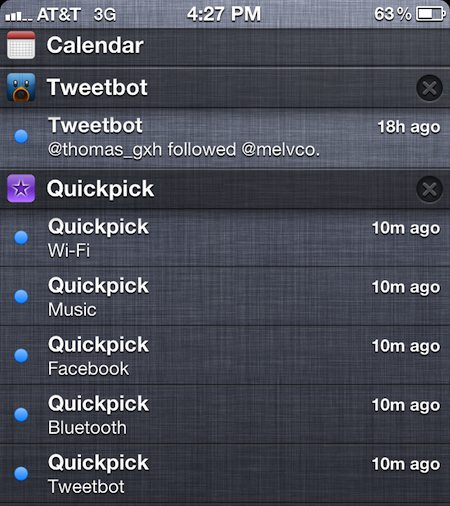 Since Apple released iOS 5, users have been running out of reasons to jailbreak their devices. The software update replaced several tweaks and utilities that were only available to jailbreakers in previous versions of iOS.

So, why are people still jailbreaking iOS 5? A major reason is for the ability to customize the Notification Center with widgets and system shortcuts. But you may not even have to jailbreak for that anymore, thanks to a new app called Quickpick.

Setting up shortcuts is extremely easy. Once downloaded, simply launch the app and press the + button in the top righthand corner. This is where you input the name of the shortcut and its link — it’s very similar to Home screen shortcuts. 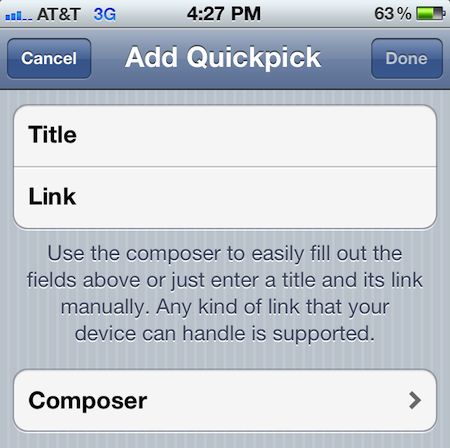 If you are looking for app shortcuts, we have a pretty good list of them, and if you are still on iOS 5 you can find a list of shortcuts to settings and preferences here. Admittedly, it’s not the most appealing user interface, but it is one thing: convenient.

If you’d like to download Quickpick, it’s available for both the iPhone and the iPad for just $0.99.

What do you think of Quickpick?