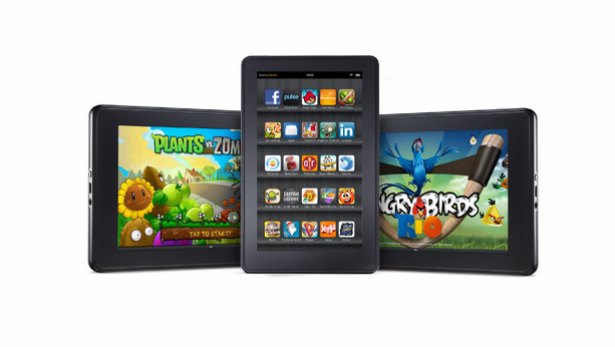 When Apple decided to bring the iPad to market it came to the conclusion that a 9.7-inch screen was the way to go after testing various different sizes and dimension ratios. Steve Jobs later famously declared that a 7-inch form factor was simply too small to be usable, but that didn’t stop the likes of Samsung and RIM from releasing tablets with a screen that size.

Amazon has recently joined the group of companies to release a tablet, and it also went for the smaller form factor for the Kindle Fire. Was that a wise decision?

According to usability fiend Jakob Nielson, Amazon’s tablet is simply too small to be truly useful, lending credence to what Jobs and Apple have been saying for the last two years…

The most striking observation from testing the Fire is that everything is much too small on the screen, leading to frequent tap errors and accidental activation. You haven’t seen the fat-finger problem in its full glory until you’ve watched users struggle to touch things on the Fire. One poor guy spent several minutes trying to log in to Facebook, but was repeatedly foiled by accidentally touching the wrong field or button — this on a page with only 2 text fields and 1 button.

With the iPad’s near 10-inch screen, web pages can be displayed in their entirety, giving users more page on-screen at a larger size than is possible on something with a smaller screen. We’ve not heard of any Kindle Fire users complaining of usability issues yet, but with so many being sold, it is surely only a matter of time.