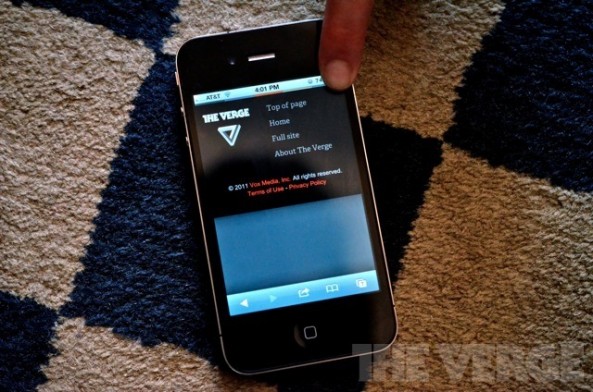 Among its various patent lawsuits with Samsung and other Android partners, Apple has made one thing clear: it’s in the business of making great products, not licensing patents. It’s not in it for the money, it’s in it to ensure that its unique products stay unique.

But that doesn’t mean that Apple won’t license low-level iOS patents. It’s already done so with companies like Nokia and IBM. And as it turns out, Apple has even tried to offer Samsung the opportunity to license its patents. But for some reason, the Korean company declined…

The Verge reports that Apple has licensed at least one patent to the aforementioned companies and offered it up to Samsung in a series of failed negotiations last year. The patent relates to the “scrollback” feature in iOS, which shows a textured background when a user over-scrolls on a website.

“What’s more, Apple’s sued Samsung, Nokia, and HTC over ‘381, which would usually indicate that Cupertino thinks it’s a strong patent, and the court agreed that Apple was likely to prove Samsung was infringing with its Galaxy devices. Offering up a distinctive software feature covered by a strong patent indicates a level of willingness to negotiate that we simply haven’t heard from Apple in the past.”

Why Samsung chose to turn down the chance to license this Apple patent — a patent that it is getting sued over — is still unclear. Perhaps it saw Apple’s terms for the licensing agreement as unfair. Maybe it felt the patent was invalid, though Nokia and IBM obviously bought into it.

Nevertheless, it’s interesting to see that Apple tried to negotiate with Samsung on the patent front. Apple certainly isn’t known for such behavior.