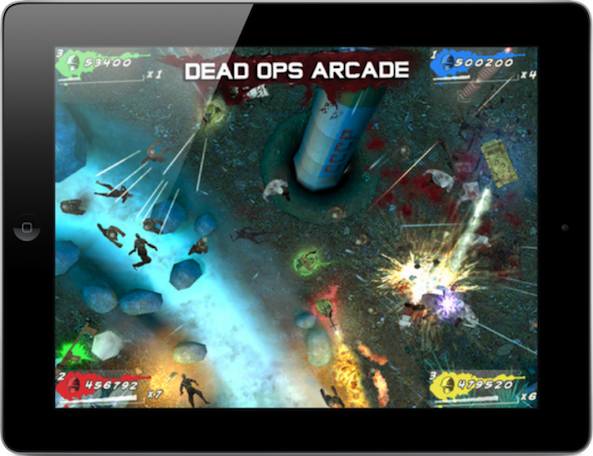 Activision has released Call of Duty: Black Ops Zombies in the App Store. This the company’s sequel to the popular Call of Duty: Zombies game. This version of the game is very similar to its console/PC counterparts.

Gameplay features some of the same levels, except the iOS version gives you a couple of more customization options. Call of Duty: Black Ops Zombies also has up to 4-person multiplayer support via Game Center and Voice Chat.

Adapted from the best-selling console hit and built specifically for tablets and smartphones, Call of Duty: Black Ops Zombies delivers maps and weapons never before seen on mobile and 50 levels of “Dead-Ops Arcade,” providing the ultimate undead challenge for fans of Call of Duty’s signature zombie warfare.

Play solo or join a team of up to 4 players as you mow down hordes of zombies with Call of Duty’s all-new interface, now featuring Voice Chat for the first time ever.

Along with the normal zombie-killing action of Call of Duty, it also comes with “Dead-Ops Arcade” mode, which is a classic arcade take on gameplay. This gives you a different perspective, and has less action than the normal mode. 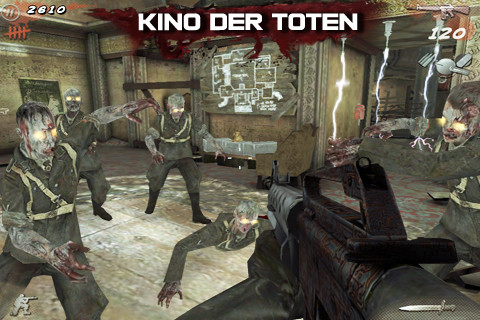 Activision also has updated the game with Retina display graphics. The previous game didn’t have any Retina support. To unlock Arcade Mode , you have to find four missing coins hidden in the game’s menus. Once you find them, you will unlock Arcade Mode with 50 levels and also receive full Game Center leaderboard support.

This app will be great for any Call of Duty fan. If you’re interested in downloading the latest Call of Duty title for iOS, you can do so in the App Store for $6.99. Call of Duty: Black Ops Zombies is available for the iPhone, iPod touch, and iPad.

Have fun killing those zombies!