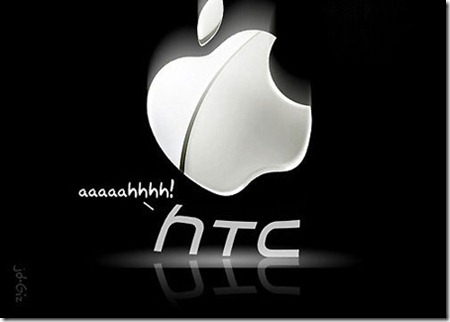 Out of all of the Android manufacturers, perhaps no other company has benefited from Google’s mobile operating system more than HTC. The Taiwanese handset-maker created some of the world’s first smartphones, and the company has really taken off since Android hit.

In fact, HTC has been nearly unstoppable since it launched the first Android handset back in 2008, experiencing a sales growth streak that spanned nearly two years. But in the face of stiff competition and an ailing economy, its streak has finally come to an end…

Bloomberg is reporting that HTC has just cut its Q4 sales forecast by 23%, bringing its expected revenue for the quarter down to just over $3 billion dollars. “Wow, it finally happened, the sales growth streak has come to an end,” said analyst Bonnie Chang.

This marks the first time in nearly two years that the company doesn’t expect to see year over year growth. The lowered forecast comes in the wake of the popularity of Apple’s latest smartphone, as well as competition from Samsung, and a struggling economy.

With HTC seeing a sales slump, and Nokia still in a transitional phase, it looks like it’s between Apple and Samsung this quarter in the race to be top smartphone maker.