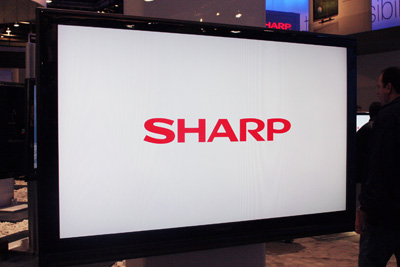 According to The Wall Street Journal, Apple has tapped Sharp as a display supplier for its next generation tablet. We’ve heard the news before from analysts and their “supply checks,” but this obviously lends some credibility to the story.

WSJ believes the move is in an effort, by Apple, to diversify component suppliers for its products. And given the company’s ongoing court battle with another display supplier (Samsung), it makes sense that it would want to do so…

There’s been several rumors regarding Apple’s upcoming iPad 3 over the past few weeks. The new tablet is expected to house a Retina-like display, the rumored A6 quad-core processor, and several other upgrades.

But the manufacturer isn’t just making iPad screens for Apple, WSJ claims that Sharp is also slated to produce displays for its 6th generation iPhone. The new relationship between the two companies could just revive Sharp’s LCD panel business.

Word on the street is that Apple invested a billion dollars in Sharp’s manufacturing facilities, suggesting its partnership with the TV-makers is just beginning. Perhaps Apple has other things in mind for the Japan-based company.