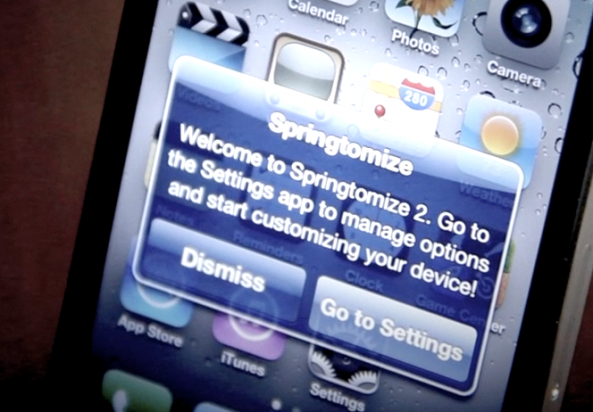 The developer of the popular jailbreak tweak known as Springtomize has given more details about the massive update he has planned. As we exclusively showed you last month, Springtomize 2 brings a whole host of improvements to the incredibly powerful jailbreak tweak.

Filippo Bigarella, the developer, has given more details on the upcoming release, including Cydia availability and cost.

On his personal blog, Filippo has stated that the iOS 5 update to Springtomize will be submitted to Cydia on December 2nd.

Filippo plans to have an introductory price followed by a regular and update price in Cydia. He also does not plan to offer a lite version.

There will be a “launch period” (first 10 days), where Springtomize 2 will be $0.99 for Springtomize for iOS 4 owners and $2.99 for anyone else.  After that period, the normal price will probably be $3.99 and the update price $1.49. Remember that this is a complete rewrite, from scratch, not a simple compatibility update. All the others updates will obviously be free.

Some overall improvements in Springtomize 2 include:

Here’s our full video preview of the new Springtomize:

As you can tell, version 2 looks awesome. We’ll make sure to remind you when the tweak is out for everyone at the beginning of next month.