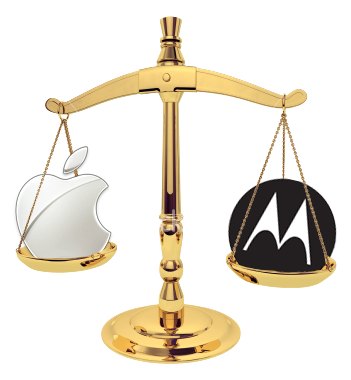 Earlier this month, a German court awarded Motorola Mobility a temporary injunction against Apple for infringing on its intellectual property. An injunction, in this sense, can prevent a company from selling its products in the area in which it’s granted.

But the decision was made against Apple Inc., which doesn’t actually sell products in Germany. Motorola also filed a lawsuit against Apple Germany. And the outcome of this case could cost the company some serious financial losses…

Bloomberg is reporting that Apple has said that it could lose as much as $2.7 billion dollars in lost sales if the court rules in favor of Motorola Mobility. Apple has even asked Motorola to pony up the cash, in the event that it loses, to cover damages while it seeks an appeal.

The patent that Motorola is suing over is related to e-mail syncing, and as usual, Apple doesn’t believe it’s done anything wrong:

“Apple lawyers told the court that the technology it uses isn’t covered by the Motorola Mobility patent as filed. The methods described in the patent were also already in the public domain when the patent was filed, they said.”

Apple’s legal team has been on a bit of a win-streak over the past few months, winning injunctions against Samsung in multiple courtrooms. The outcome of this case will be particularly interesting, considering that Google will soon own Motorola Mobility and all of its patents.