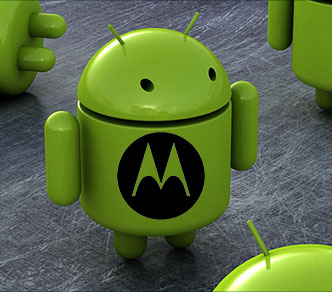 In a crazy turn of events, several media outlets are reporting this morning that Google has just sealed the deal on the acquisition of Motorola Mobility. The company is essentially Motorola’s Mobile Device Division, which became its own entity earlier this year.

Google now owns that entity, along with over 12,000 cellphone-related patents. If nothing else, the move beefs up the company’s struggling IP (Intellectual Property) portfolio, and will allow them to control all aspects of future Motorola products…

The interesting thing here is that Google still licenses its Android software to other manufacturers, like HTC and Samsung. How do you think they feel about the fact that Google now owns one of their largest competitors?

BGR on the Motorola purchase:

“The move is considered in part to be an effort that will better-align Google to compete with Apple’s iPhone, which owned two-thirds of profits among the world’s top-8 smartphone vendors in the second quarter.  A Google-owned hardware arm gives the company complete control over device hardware, software and services, resulting in an end-to-end user experience that is completely under Google’s command.”

I’m curious to see how this deal will affect Android and the rest of the wireless industry. Google maintains that it will continue to run Motorola Mobility as a separate business, but how hands-on will they be in the production of new devices?

Steve Jobs has a famous Alan Kay quote that says, “people who are really serious about software should make their own hardware.” The end-to-end control seems to be a major factor of Apple’s success, and it looks like the competition is just now figuring that out.

What does this deal mean for Android? Should Apple be worried?