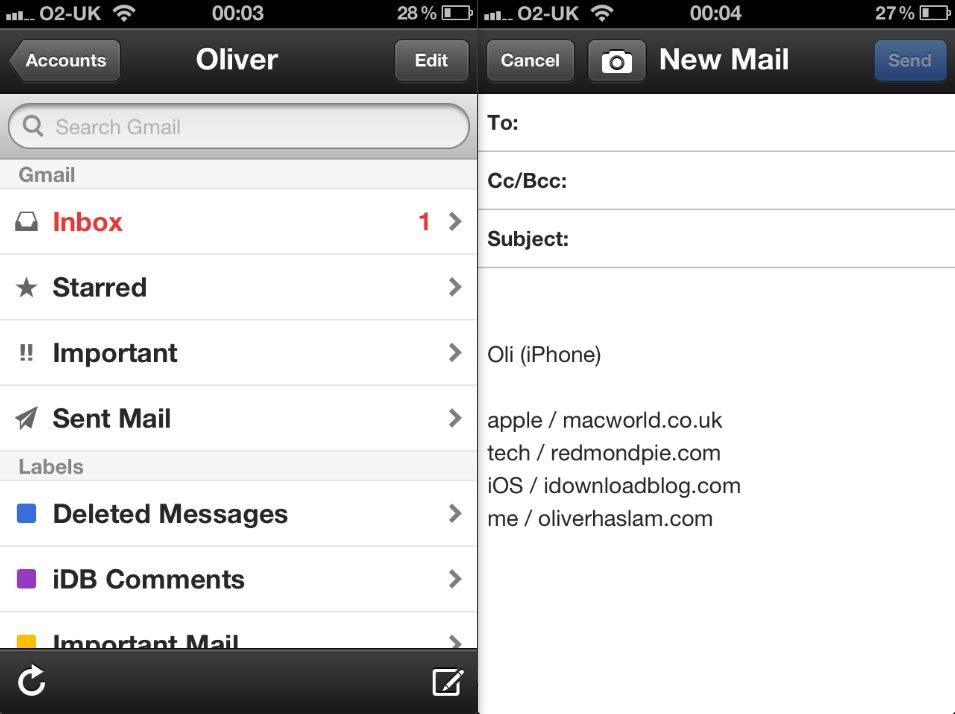 It seems like iOS Gmail apps are a little bit like London buses: you wait an hour for one, and then three come along at once. Two notable Gmail apps have entered the App Store as of late.

Gmail users rejoiced when Google finally brought an official Gmail app to the App Store, but after downloading the app, it was clear that the bug-laden effort wasn’t what it should be. Google pulled it and eventually made it available again after fixing some of the more glaring bugs. That said, it’s still not great, and is missing some features that we hope Google will eventually get around to adding.

A new app to join the Gmail fray goes by the name of “Sent,” and while it is indeed a more native experience than Google’s solution, the app doesn’t get everything right…

Available on the App Store now for $4.99, Sent was created by a one-man development team and was made available this weekend. Since it went on sale, we’ve had plenty of people complain about the perceived high price. While this post isn’t here to debate the merits of a race to the bottom for App Store pricing, we will say that we have no issue at all with supporting independent developers, and at $4.99, this isn’t going to break the bank, especially when you consider the money we all spend on these luxury phones and accompanying data contracts. At the end of the day, it’s $5.

So, what does Sent offer that Google’s own app does not? Firstly, Sent feels very much more like a native iOS app, rather than a glorified web view. As far as user interfaces go, we like Sent, and we’d love to use it full-time.

The reason we won’t be using it full-time is a simple one, and it all comes down to push notifications. Currently, Sent does not support push notifications, meaning that you won’t know when a new email arrives unless you go and check for them manually. While this worked fine five years ago, this is 2011 and we want our email to come to us, not the other way around. The app’s lone developer has said that he is working on adding notifications to Sent, but as he points out, it isn’t a trivial matter. We’re willing to hold onto the app for now in the hope an impending update.

One potential issue for the more security-conscious amongst you is the way Sent logs you into your Gmail account. You enter your credentials in-app, rather than having the app push you out to an authentication web page inside Google. This might not worry some, and if you’re the trusting type then you probably won’t care, but it’s something to be aware of.

We think Sent has enough potential to make it something we’re willing to give the benefit of the doubt to, for now. To be frank, we’ve got more faith in this one developer than we have in Google, so fingers crossed that the faith is not misplaced.

What do you think of Sent?