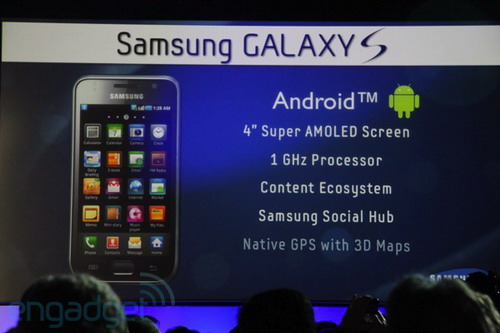 There has been one constant among the onslaught of Kindle Fire reviews we’ve seen over the last few days (it launches today): iPad comparisons. Amazon’s new slate has been, and continues to be, constantly compared to Apple’s iPad.

As typical with head-to-head match-ups, reviewers have broken out the spec sheets to see how each device measures up. But do specs even really matter anymore? Several tech writers have been asking this lately, and they’ve been making some valid points…

In this day in age, where user experience is at the forefront of consumer technology, a device’s specifications shouldn’t necessarily matter. But they do. Reviewers and fanboys still constantly use processor speeds and other hardware details to measure a gadget’s worth.

John Gruber does a good job of demonstrating how trivial specs are in a recent blog post:

“Movie reviews are about what the move is like to watch. Is it enjoyable, is it entertaining, does it look and sound good? Imagine a movie review based on specs, where you gave points for how long it was, whether the photography is in focus, deduct points for continuity errors in the story, and then out comes a number like “7.5/10″, with little to no mention about, you know, whether the movie was effective as a piece of art.”

Technology writer Drew Breunig also gives a good example of why a device’s specs don’t mean anything if its software isn’t done properly:

“I wasn’t expecting mind-blowing performance, but I’ve seen lesser spec’d devices with more polish. Barnes and Noble handlers didn’t allow me to play around with the device on my own, but watching it in action, the sluggishness of the UI and browsing was noticeable. Menu and app transitions, along with page turns and scrolling looked choppy and somewhat unresponsive.”

Compare this to their earlier hands on with the under-specced Kindle Fire:

As Breunig points out, Gizmodo’s writers noticed a huge speed difference between the two tablets. Now guess which one has the faster processor. Devices are a combination of software, hardware, and several other components. Specs really don’t tell the whole story anymore.

Android devices are proof of this. Even with their dual core processors and gigs of RAM, I have yet to come across an Android handset that scrolls and transitions between apps smoothly and consistently. These devices need the software to back up the hardware.

The bottom line is this: we need to stop automatically assuming that the device with the bigger spec sheet is the better product.