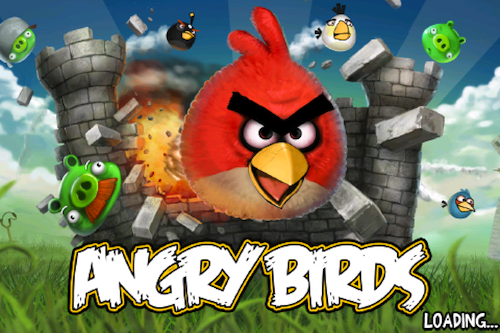 It seems we just can’t get enough of those Angry Birds, with developer Rovio announcing that the game has been downloaded a whopping 500 million times worldwide.

Key to the game’s success is its cross-platform nature, with Angry Birds available to download on most platforms you could care to name, with iOS, Android, web, Mac, and Windows all present, and versions also set to come to the Nokia Asha 300 and 303 phones…

“This is a fantastic landmark achievement for us, and we’re extremely delighted to see such an incredible amount of people enjoying our games,” said Mikael Hed, CEO of Rovio. “We remain committed to creating more fun experiences and bringing exceptional quality to Angry Birds fans everywhere.”

The Angry Birds secreet is undoubtedly its accessibility, with seasoned games and new players alike being drawn into the world of firing birds at pigs in makeshift structures.

Angry Birds has been so successful that a market for merchandise has spring up, with plush toys and more available to buy.

Originally available as an iPhone game, Angry Birds has found game and fortune thanks to a simple game mechanic that has gamers coming back for more, thanks to that “one more level”feeling.

According to Rovio, Angry Birds players have so far racked up a staggering 200,000 years worth of gaming across the three games. That’s a lot of birds being thrown each and every minute!