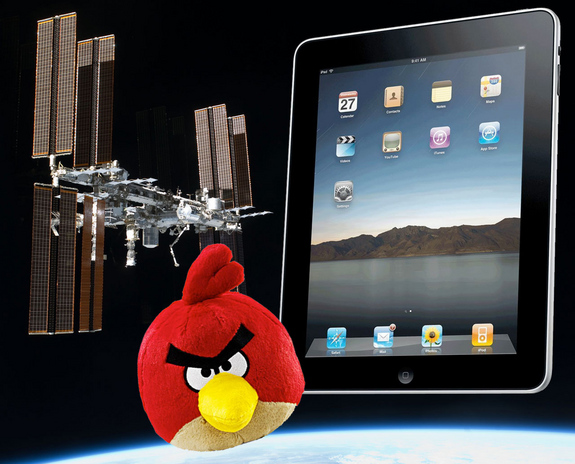 We’ve already shown you the iPhone 4S that got sent into space, and now we’re back with the news that two iPads will visit the International Space Station next month.

The iPad will be the first tablet sent into space, and NASA will continue to experiment on how to use tablets on future space missions. Accompanying the iPads on their maiden voyage will be, you guessed it, an Angry Birds plush doll.

Collect Space passes on a comment from a NASA spokeswoman that the iPads will be used for “entertainment purposes only.” The iPads will be stored on an unmanned resupply vehicle that’s being sent to the ISS next month.

As TUAW notes, it’s very likely that Rovio’s Angry Birds game will be installed on these space-bound iPads. Rovio will be the first app development company to have a game played in space!