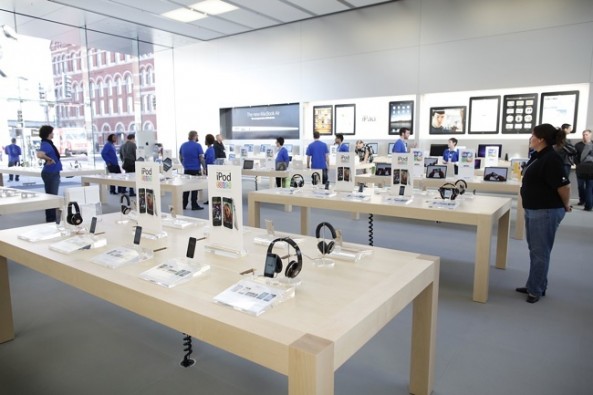 A few days ago, MacRumors reported that Apple was going to be unveiling a new version of its iOS retail app in the very near future. The update is expected to bring multiple new features, including an in-store self-checkout option for accessories.

As crazy as the idea sounds, it’s starting to seem more and more legitimate. Now, BGR is claiming that it can confirm that an Apple Store app update is indeed on the way. And it has even obtained details of how the new services will work…

Jonathan Geller of BGR is reporting that he’s learned of Apple’s new retail plans from a “trusted source.” The initiative will start rolling out to Apple’s retail stores world-wide on Thursday, and will include some significant changes.

For starters, users who order Apple products (via online, the retail app, or over the phone) will now be able to pick them up at their local Apple Store. Geller claims that once an order is placed, the items will be available for pickup within 12 minutes.

Perhaps more interesting is that it sounds like Apple is really going to go ahead with an employee-free self-checkout service. Geller explains what his source told him about the process:

“Here is how this will work: after you find the item you want to buy, like an accessory, you launch the Apple Store app on your iOS device and there will be an option to buy a product in the store. You scan the product with the camera on your device in the app, click purchase, and it will charge whatever credit card is associated to your Apple ID. You then just walk out of the store. Yes, we have been told that Apple will not be checking purchases…”

Once again, products like iPads and MacBooks won’t be eligible for self-checkout, but accessories and other small purchases will be fair game. It’ll be interesting to see how these new services pan out for Apple. They have the potential to really streamline the purchase process.