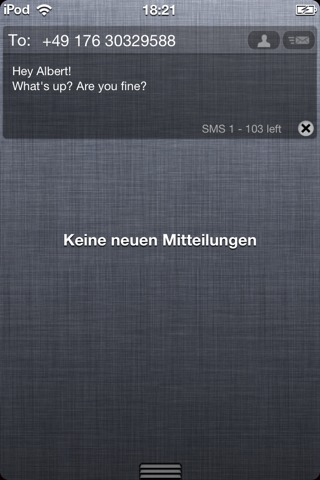 As time goes on, and as more people get their hands on iOS 5, Notification Center is fast becoming the next big thing in the world of jailbreaking.

Originally designed by Apple to offer a new home for push notifications, emails, messages, and anything else that pops up on-screen, Notification Center is also home to the Stocks and Weather widget. The jailbreak community clearly thinks that’s a waste, and has set about releasing new and interesting widgets at an alarming rate.

The latest widget to catch our eye is WeeCompose – a handy widget that offers a quick way of sending new emails, iMessages, and texts…

Once installed via Cydia, WeeCompose can be turned on or off via the Settings app, and it does not create its own icon on your home screen. Less clutter is always a good thing, right?

After everything is switched on, you’re faced with the new widget in all its glory, along with a handy character counter for those who aren’t using iMessage and need to worry about how SMS messages will be received at the other end.

At $1.99, WeeCompose is perhaps one of the more expensive jailbreak tweaks around, but to be absolutely honest, it’s the kind of thing we’d be using constantly at iDB Towers. For less than two dollars, it’s an absolute steal.

Have you been using WeeCompose, or do you know of an alternative we should try? Let us know in the comments!