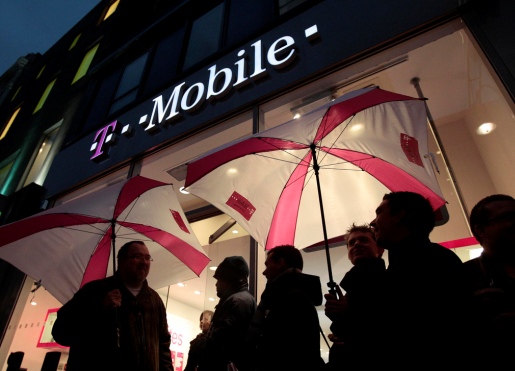 T-Mobile is the only main US carrier that doesn’t carry the iPhone. It’s currently unclear as to why Apple hasn’t partnered with T-Mobile to sell the iPhone, but the most logical assumption would be that it has something to do with the AT&T/T-Mobile acquisition that is currently being reviewed by the FCC.

The CEO of T-Mobile has gone on the record time and time again to explain that his company really wants the iPhone. And Apple is apparently to blame for all of the unhappy, iPhone-less T-Mobile customers out there…

“T-Mobile thinks the iPhone is a good device and we’ve expressed our interest to Apple to offer it to our customers. Ultimately, it is Apple’s decision. The issue remains that Apple has not developed a version of the iPhone with technology that works on our fast 3G and 4G networks. We believe a capable version of the iPhone for our 3G and 4G networks would offer an additional compelling option for our customers on a fast 4G network. However, the iPhone is not the only option to experience the benefit that smartphones offer.”

Due to T-Mobile’s unusual AWS 3G frequency band, an unlocked GSM iPhone can not take advantage of T-Mobile’s higher speed network. Although the iPhone 4S is a world phone capable of running on both GSM and CDMA basebands, Apple still hasn’t implemented support for T-Mobile’s 3G/4G data frequency.

T-Mobile clearly feels that it could offer customers an excellent iPhone experience on its faster network, but Apple has yet to extend its hand.