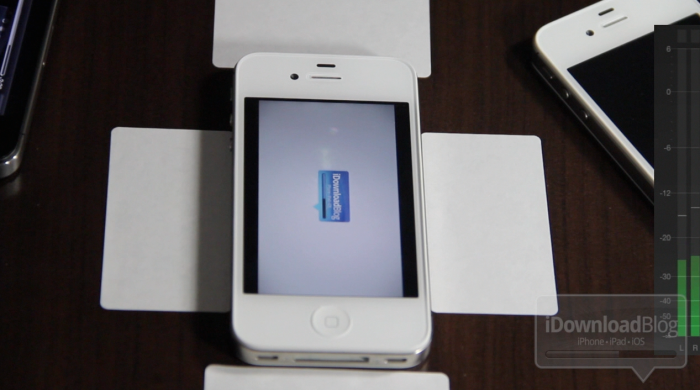 After our initial use, we had a sneaking suspicion that Apple pumped up the volume on the iPhone 4S, so we figured that it would only be right to perform a test.

I happily headed over to iDB labs (my office) and put together a test that was as accurate as I could possibly pull off.

The results? Well, they speak for themselves. The iPhone 4S’s speaker is much louder than the iPhone 4’s, and this video proves that without a doubt…

There’s no denying the evidence; as you can see from the video, the iPhone 4S pumped out 6 more decibels than the iPhone 4 when at the same volume levels.

Don’t worry, I ensured that both devices were at the same exact distance from the external mic, and that none of the sound was modified in any way.

Check out the right side of the video during the actual test, and watch the sound levels for yourselves; they don’t lie.

If you think that the iPhone 4’s speaker is puny and frail, it’s yet another reason for you to consider an upgrade to the iPhone 4S.

What do you think about this test? And yes, I know the ringer volume has no bearing on the YouTube video volume, I was just in the heat of the moment at the time. Just want to clarifying that in advance.